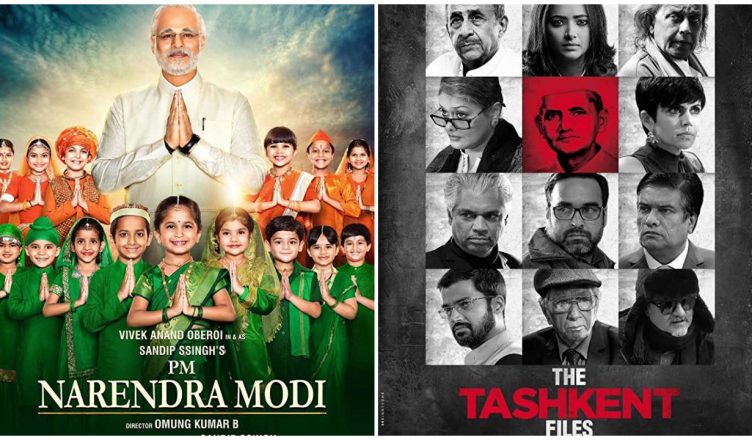 MAJOR ‘PROPAGANDA’ FILM POSTPONED; WILL THE OTHER POLITICAL FILM SCORE?

It’s election season and unlike previous times, Bollywood is playing a huge role here. Multiple films have come up to show the ruling government in good light and thereby help them to win the elections yet again. Earlier this year, The Accidental Prime Minister came out and this week, two political films were to release. Out of these two films, PM Narendra Modi, was postponed at the eleventh hour after the Election Commission found that the release violated level-playing field scenario. The film will now release only after the polling is over, on May 19. The other political film however is not about any current leader and talks about a previous public figure and it is all set to release. My analysis:

THE TASHKENT FILES: It is directed by Vivek Agnihotri, who has earned a sizeable fan following on social media for his right-wing views and for coining the term ‘Urban Naxals’. The film promises to be an investigative thriller on the mysterious death of India’s second Prime Minister, Lal Bahadur Shastri. Most of the films is set in one room and the star cast comprises of Naseeruddin Shah, Mithun Chakraborty, Shweta Basu Prasad, Mandira Bedi, Pallavi Joshi, Rajesh Sharma, Vinay Pathak and Pankaj Tripathi. The star cast, as one can see, is impressive and also the subject. The trailer seems loud but raises some important points and the film can make for a nice viewing if made well. The buzz and awareness sadly hasn’t been high. It releases on a Friday and has just 5 days to score after which Kalank will take over since it releases on Wednesday April 17. The opening can be in the range of Rs. 1-2 crore and can grow well if response is positive. Vivek Agnihotri’s earlier film, Buddha In A Traffic Jam, was well-made and was publicized extensively on social media as ‘anti-Left’ film. But outside social media, no one was interested to see it and it shockingly did a business of just Rs. 28.75 lakhs. Here’s hoping The Tashkent Files doesn’t go the same way and gets its due.

Another release of the week is Albert Pinto Ko Gussa Kyun Aata Hai, a remake of the 1980 classic Albert Pinto Ko Gussa Kyoon Aata Hai. As evident from the trailer, the plot has been changed a bit and looks interesting. It is directed by Jajantaram Mamantaram director Soumitra Ranade and stars Manav Kaul, Nandita Das, Saurabh Shukla, and Kishore Kadam. The awareness is negligible and the film might later score on digital platforms if it’s worth it.