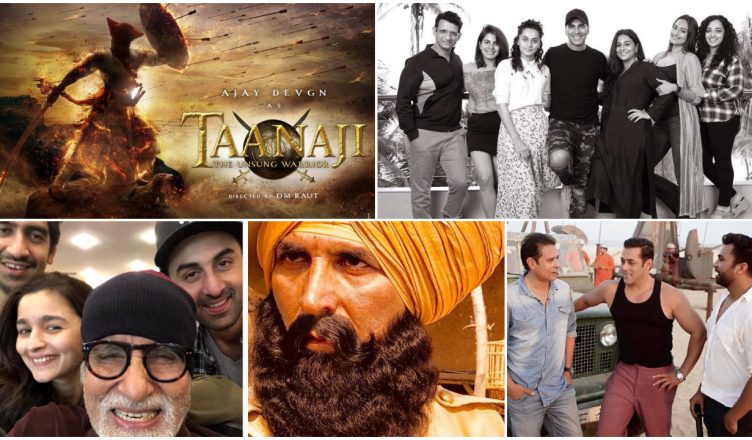 The year 2018 began with a bang with so many films doing exceptionally well. Films like Padmaavat, Sonu Ke Titu Ki Sweety, Raid, Baaghi 2 and Hichki were expected to be fine entertainers and commercial successes but their box office performance surprised many. The trend continued further in the year as 102 Not Out, Raazi, Satyameva Jayate, Stree, Andhadhun, Badhaai Ho and Kedarnath turned out to be huge hits. Sanju emerged as the highest grosser of the year and it was the first time in 12 years that a non-Khan film achieved this feat. Simmba, starring Ranveer Singh, released last Friday and is doing exceptionally well.

But at the same time, some important films turned out to be epic disasters. Shockingly, all three Khans – Shah Rukh, Salman and Aamir – had a release and they all bombed. Salman Khan-starrer Race 3 seemed doubtful from the trailers and response was negative. As a result, it flopped after a great opening. Aamir Khan-starrer Thugs Of Hindostan had the biggest opening ever. But in no time, it crashed out and couldn’t even cross the Rs. 175-crore-mark. Shah Rukh Khan-starrer Zero, meanwhile, didn’t even the advantage of a bumper opening. After a decent opening, it never could go from strength to strength due to negative response. As of now, it’s struggling to cross the Rs. 90 crore mark, forget Rs. 100 crore. Now it all remains to be seen if 2019 is as good as or even better than 2018…or will it be worse. With so many new actors giving huge hits in 2018, there will be a pressure on them to prove themselves once again. Or else, their last year’s hit films would be considered flukes. The films that can cross 100-crore-mark in 2019 are Bharat, Housefull 4, Super 30, Manikarnika – The Queen Of Jhansi, Total Dhamaal, Kesari, Kalank, Batla House, Taanaji – The Unsung Warrior, Mission Mangal, Brahmastra, Sooryavanshi and Hrithik Roshan-Tiger Shroff’s next. Uri, The Accidental Prime Minister, Cheat India, Ek Ladki Ko Dekha Toh Aisa Laga, Sonchiriya, The Sky Is Pink, Sandeep Aur Pinky Faraar, Luka Chuppi, Badla, Junglee, Student Of The Year 2, India’s Most Wanted, Marjaavaan, Gully Boy, Good News, Batla House, Made In China, Chhapaak, Panipat, Dream Girl, Kabir Singh etc can also work wonders at the box office, even if they don’t cross the 100 crore mark the 100 crore mark.

Of course, mistakes will still be repeated and there would be challenges. But looking at the line up and the fact that most of these films are super-entertainers with a wide reach, expect 2019 to be rocking for sure!