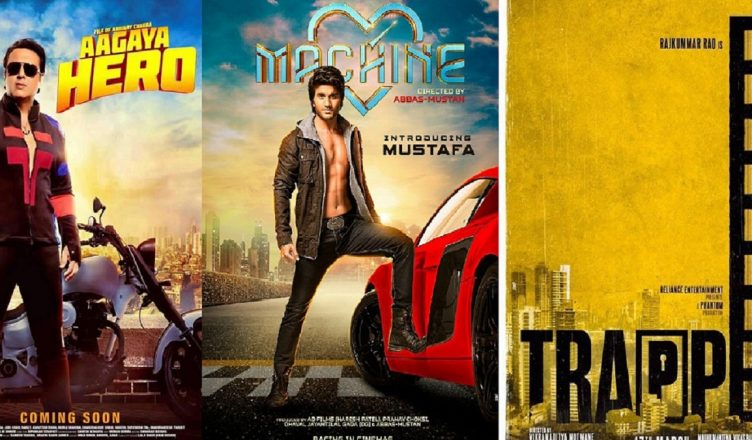 MIX OF FILMS THIS WEEK BUT NONE SEEM EXCITING

Last week’s Badrinath Ki Dulhania rocked the show and in the 2nd week too, it is all set to have a great run as the new releases don’t seem to be very exciting commercially. My analysis on these films:

AA GAYA HERO: This is the comeback film of Govinda but the buzz is hardly there. It’s been ready since 2014 when it was then called Abhinay Chakra. The film was then rechristened to Aa Gaya Hero to perhaps make it saleable. But it looks very outdated. The release date of the film was changed multiple times. 10 days ago, the trade was not even sure if it will make it on 17th as there were reports that it was not getting a buyer. Govinda is a great entertainer but sadly, this film is going to suffer.

MACHINE: It is directed by Abbas-Mustan and marks the debut of Abbas’s son Mustafa Burmawala. The film also stars Kiara Advani and has a rich look. Story-wise, it seems ordinary and even juvenile. But the makers assure that it has loads of twists Abbas-Mustan style and will make for a great watch. The film consists of the reworked version of Tu Cheez Badi Hai Mast that got thumbs down. But it helped spread the awareness about the film. The opening of the film will not be great but it most probably will earn more than Aa Gaya Hero on Day 1.

TRAPPED: It stars Rajkummar Rao as the leading actor. The whole film revolves around him as he gets trapped in a flat in a highrise and how he tries to survive and get out of it. The film generated near unanimous appreciation at the 17th Jio MAMI Mumbai Film Festival. The trailer has been loved and there has been a curiosity as to how exactly Rajkummar gets trapped and why is he not able to contact anyone. This is a very niche film but it has loads of entertainment. Hence, the opening might be poor but the word of mouth can ensure it can do better from Day 2 onwards. The costs are limited and hence, the film doesn’t have to earn much to turn out to be a profitable venture.

WOULD YOU LIKE TO SEE ANY OF THESE FILMS AND WHY? DO LET ME KNOW!