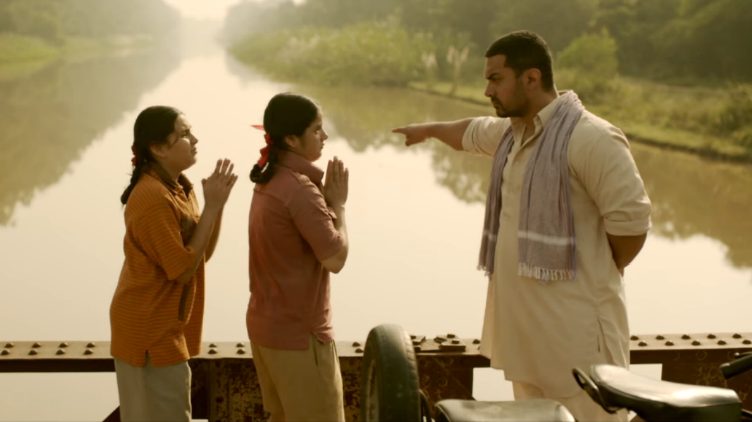 The year is about to come close and like everytime, it is bound to end with a high. The Christmas release is always a big one and one of the most awaited films of that year. This year it’s Dangal, starring none other than superstar Aamir Khan. He is synonymous with great cinema and hence, the expectations from the film are skyhigh!

Dangal is a real life story of Mahavir Phogat, who trained his 2 daughters to become wrestlers. Incidentally, Mahavir and his daughters appeared on Aamir’s social TV show Satyamev Jayate in 2012. That time Aamir had no idea that one day he’ll be essaying the wrestler. Incidentally, it was UTV Motion Pictures who got the life rights of the Phogats and only then they approached director Nitesh Tiwari. And after the director was locked, Aamir came into the picture.

The promotions of the film kick-started in a unique way. Shabana Azmi saw the film way back in September and tweeted highly about him. Then Karan Johar called it the best film in years. Hence, even before the trailer was out, people had seen the film and even revealed about it, a first for any film. The trailer made it clear that it’s a winner although the comparisons with Salman Khan starrer Sultan was too hard to ignore. But both films are totally different and hence, Dangal is safe. Yes, the songs haven’t picked up and the excitement is not that high. Yet, Dangal has chances as it’s carrying excellent reports (the press show took place on Wednesday). The opening won’t be record-breaking but it can pick up big time from Friday evening/Saturday morning. It has 3 clear weeks to excel and if all goes good, it can emerge as the highest grosser of the year, beating Sultan’s 300 crore collection!

WOULD YOU LIKE TO SEE DANGAL AND WHY? DO LET ME KNOW!