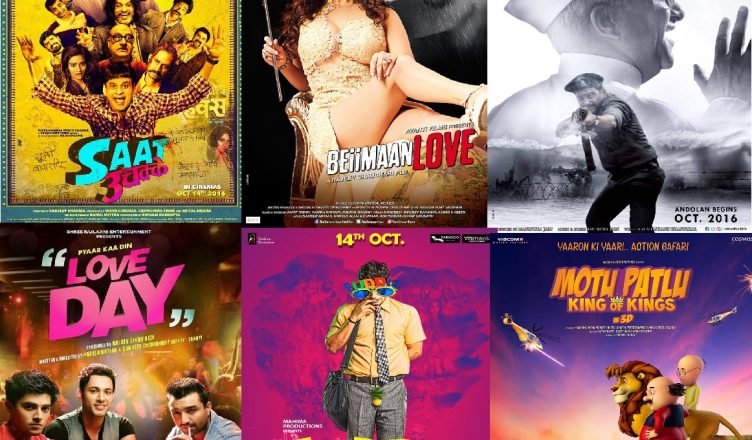 We have often seen multiple small-budget films releasing together and facing a tough time. Something similar is going to happen tomorrow and at the same time, it’s going to be an exception. Some 6 films will release tomorrow and the awareness for these movies is so low that reports of shows getting cancelled in the weekend itself is going to happen. A brief analysis of these films:

SAAT UCHHAKKEY: The film boasts of an impressive cast – Manoj Bajpayee, Kay Kay Menon, Anupam Kher, Vijay Raaz and Annu Kapoor. It is produced by Neeraj Pandey’s partner Shital Bhatia and it has been ready since a long time. But since it has abuses, it faced problems at the Censors, expectedly. This can be a fun film but awareness is hardly there.

BEIIMAAN LOVE: It stars Sunny Leone and Rajniesh Duggall. Just like the recent Sunny Leone’s releases, the excitement for this film is hardly there. Even the music has not caught on.

ANNA: This is a biopic of the very popular Anna Hazare. Shashank Udapurkar, the director of the film is also the lead. He does look like Anna but at the same time, since he’s not a popular face and the trailer hasn’t made a mark, the buzz is hardly there.

LOVE DAY: The film stars Bigg Boss sensation Ajaz Khan. The title of the film has double connotations and yet, the youth is hardly excited to buy the ticket and watch the film.

FUDDU: The film has been in the making since close to 2 years. More than the film and it’s plot, it’s the songs done by Sunny Leone and Gauahar Khan that have made waves.

MOTU PATLU – KING OF KINGS: This is a popular series for kids and the makers have released it at a time when the Diwali vacations have just commenced or are about to start. But the animation is sub-standard, especially when compared to the films churned out by Hollywood. Hence, it’s difficult to say if viewers will buy expensive multiplex 3D ticket and come in hordes to see the film.

WHICH FILM WOULD YOU LIKE TO SEE AND WHY? DO LET US KNOW!