Inferno is a fairly entertaining ride. The film goes on a high from the first sequence itself. There’s a lot happening in the film at every minute and hence, one can’t take one’s eyes off the screen. The plot is interesting and also largely relatable, especially the overpopulation bit. Sadly, the pace drops in the second half at places and so does the interest. Also, there are far too many cinematic liberties. Tom Hanks however is splendid and it would be obviously wrong to compare it with his performances in his recent flicks wherein he played real life characters. Felicity Jones gives able support and plays the difficult role with élan. Irrfan Khan is quite entertaining and it’s a proud moment to see that his name is mentioned immediately after Tom and Felicity in the opening credits! Ben Foster is intriguing while Omar Sy and Sidse Babett Knudsen are quite great. Ana Ularu deserves special mention for playing the supporting role brilliantly. Technically, the film obviously is top-class. Inferno is no The Da Vinci Code or Angels And Demons and yet, it’s worth a watch! 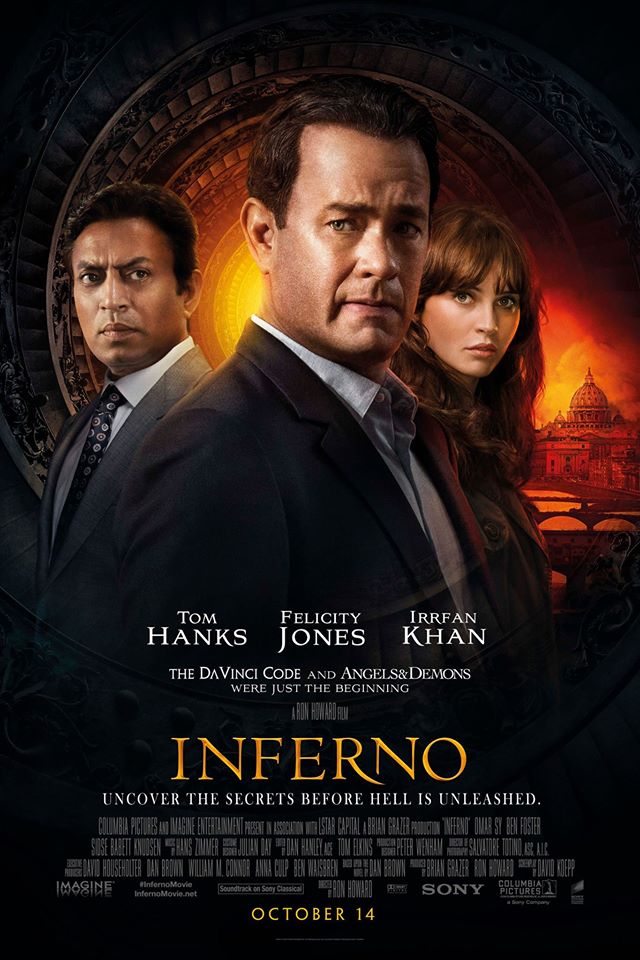