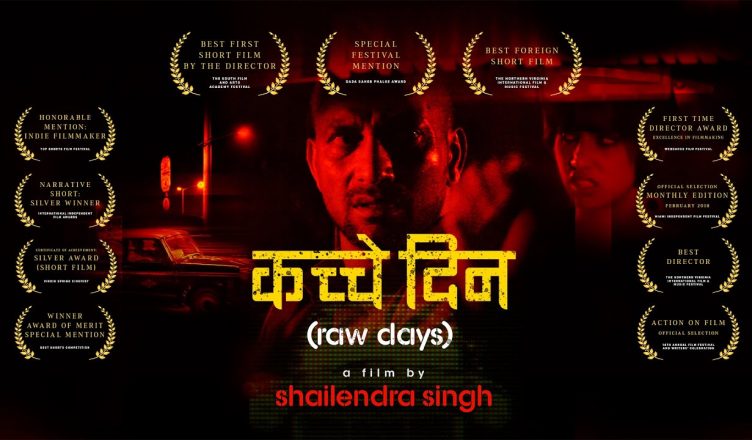 It’s a common knowledge that Salman Khan releases his films usually on the festival of Eid. This year, however, cinemas are shut due to the Coronavirus-induced lockdown. However, we’ll still have an Eid release; in fact just not one, but two. Nawazuddin Siddiqui’s Ghoomketu will be unveiled tomorrow. And now, it has come to light that acclaimed director Deepak Dobriyal too will be storming our screens on May 22 with his acclaimed short film Kacche Din.

Directed by Shailendra Singh, Kacche Din is about a migrant taxi driver, barely earning enough to eat on the congested streets of Mumbai City. While trying to keep a distance, but ultimately getting pulled in to the lives of his passengers, he also has a run in with a police officer, played by the indelible Yashpal Sharma. Late at night, he shares a harrowing encounter with a slick pimp, Ashrut Jain, and his lady of the night, Teena Singh. A lunch box left behind in the cab leads him to a life-changing encounter the next morning. “It’s called the Maximum City,” says Shailendra, “but Mumbai is still a work in progress. The taxi driver knows that each of his passengers is just trying to get by in this struggle of a life, just like he is. They are all just like the city they live in, a little bit raw.”

The film has been edited by National Award winning editor, Arun Kumar Aravind and has won various laurels at film festivals across the globe including ‘Special Festival Mention’ at the 2018 Dada Saheb Phalke Film Festival, ‘Best Foreign Short Film’ and ‘Best Director’ at 2018 Northern Virginia International Film Festival, and ‘Best Short Film’ at Virgin Spring Cinefest, amongst many others.

You can join the world premiere at www.youtube.com/shailendrasinghfilms on May 22nd, 12 Noon onwards