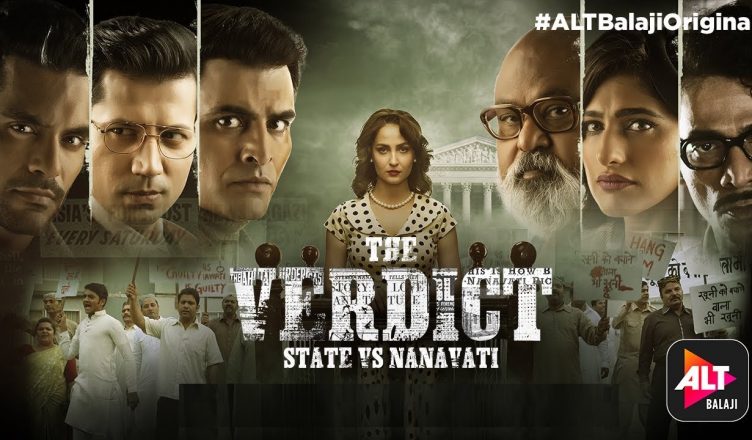 The Verdict – State Vs Nanavati is my first ever ALT Balaji and Zee 5 web series and the initial 3 episodes are intriguing and entertaining. It is based on the controversial Kawas Manekshaw Nanavati’s case of 1959. Recently, the incident was immortalized in the much-loved flick, Rustom. But Rustom fictionalized a lot of stuff and The Verdict – State Vs Nanavati tries to be as truthful as possible. It even uses real-life names of all the parties and people involved, including that of Russi Karanjia, owner of the weekly tabloid Blitz, which shaped the public opinion in favour of Nanavati. So those who have seen Rustom will also get to see something new and more detailed version of the incident. The most interesting aspect of the first 90-95 minutes is how the jury got decided for the case. On the flipside, the interest level drops at places and this hampers the impact to an extent. The sets are authentic but the VFX is quite tacky. The performances are quite good and the series boasts of some amazing actors. Manav Kaul is restrained as per his character but fits the part. Elli AvrRam’s casting is spot on and her British accent comes across well. Sumeet Vyas rocks the show as Ram Jethmalani. He even plays the older version of the famous lawyer and is completely unrecognizable. Another actor who is difficult to recognize is Makrand Deshpande. He gets an amazing role and does a great job. Angad Bedi is in control and delivers a stupendous performance. Kubbra Sait, the much loved Kukoo of Sacred Games, is effective as the murdered Prem Ahuja’s sister Mimie. Saurabh Shukla doesn’t look a Parsi gentleman at all but compensates with his acting. All in all, The Verdict – State Vs Nanavati, which will be out on September 30, has the potential to work despite Rustom being fresh in people’s minds. Worth a watch!