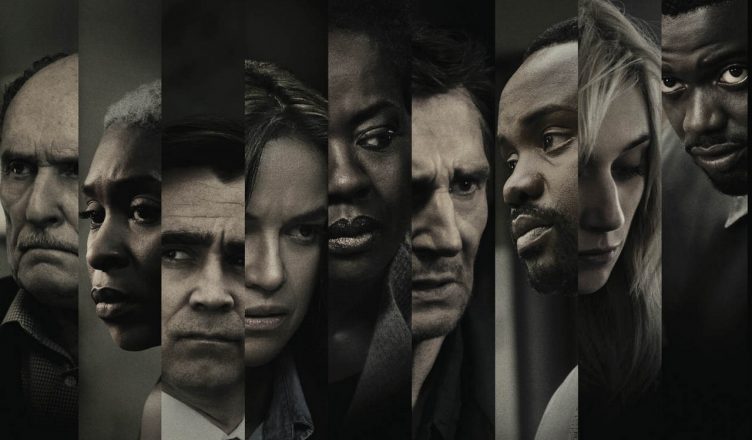 Widows is an upcoming Hollywood flick directed by 12 Years A Slave and Hunger director Steve McQueen. The film has an ensemble cast and is about three women who have lost their husbands during a failed heist and are forced to complete the rest of the job. The film is a bit long at 128 minutes and has too many flashback portions in between. The pre-climax and climax is a bit filmy and unconvincing. On the positive side, the film is replete with some interesting and funny sequences. Parallels obviously would be drawn with Ocean’s 8 but here, the characterization and setting are very different and also, that film was more comic. Viola Davis once again kills it while the Fast And Furious girl Michelle Rodriguez is tailor made for this role. Elizabeth Debicki has the most interesting character in the film and leaves a huge mark. Colin Farrell is on a roll nowadays and is too good. Same goes for Daniel Kaluuya – you’re gonna hate him! Robert Duvall and Cynthia Erivo shine in the second half. Liam Neeson is dependable but his character is quite unconvincing. All in all, this is a timepass entertainer, very unlikely from McQueen but worth it, if your expectations are at the right place. It releases in cinemas in USA and India on November 16.