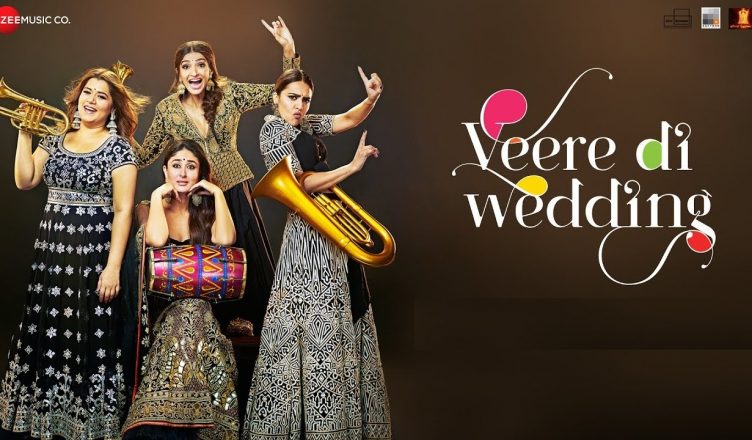 Veere Di Wedding is a fun, timepass fare and replete with some brilliant performances. Frankly speaking, the execution could have been better and far more impactful. There are too many things happening in the film and the film just rushes through these episodes. It doesn’t give viewers sufficient time to process the goings-on. Moreover, not all the problems faced by characters in the film seem convincing. The humour quotient is very low and the film should have had some more funny and ROFL moments. And a very big complaint against the film is that the chartbuster ‘Tareefan’ is missing! But on the positive side, the film never gets boring or dragging. There are no nail-biting scenes or sequences that would stress out viewers. Just sit back, relax and enjoy the adventures of the Veeres! The dialogues seem a bit forced but work well in the context of the flick. The film also touches upon a lot of issues and the entire ‘spend-all-your-life-savings-on-marriage’ bit is something that a lot of people will be able to relate to. Kareena Kapoor looks ravishing and gives a first rate performance. Sonam Kapoor is quite good but gets overpowered by the other girls. Swara Bhasker is terrific and the best part of the film. She carries out the brash and brazen attitude with aplomb! Shikha Talsania is mind-blowing. Sumeet Vyas is very endearing. From the supporting cast, Vivek Mushran, Manoj Pahwa, Ayessha Raza and Neena Gupta leave a mark. Vishwas Kinni (Bhandari) is irritating. On the whole, Veere Di Wedding is a one-time watch. Go for it if such kind of humour and content interests you!