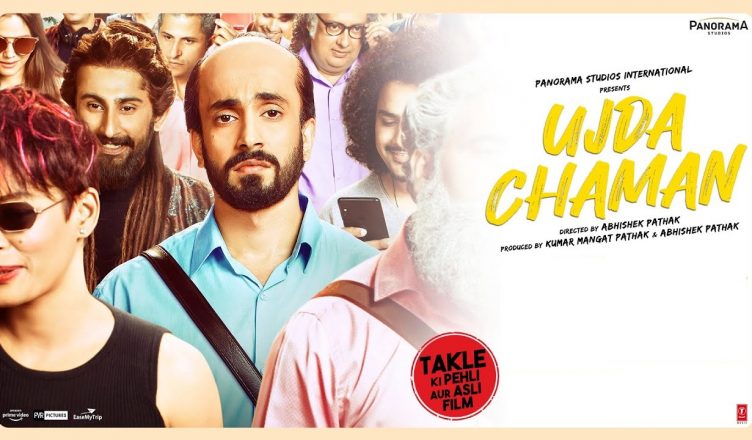 Ujda Chaman’s story is very relatable and moreover, it is based on an idea which many films haven’t tackled. A few scenes are funny and sweet but overall, the direction is amateur. The humour seems forced at places. It’s difficult to digest to see the lead character being ridiculed almost daily for his bald patch by everyone around him. The second half starts off on an excellent note but again, after a point, it falls, this time because it’s very predictable. It’s sad that the film has such great characters and so much could have been done. Sunny Singh could have done better as throughout the film, he seems needlessly lifeless. A little bit of control was needed. In a few scenes however, he excels. Maanvi Gagroo is quite natural and lovely. She delivers the best performance in the film. Aishwarya Sakhuja leaves a huge mark in a supporting role. Sharib Hashmi is endearing. Karishma Sharma is decent and her track is entertaining. Atul Kumar is great while Grusha Kapoor is very loud. Music is forgettable. All in all, Ujda Chaman is an average fare!