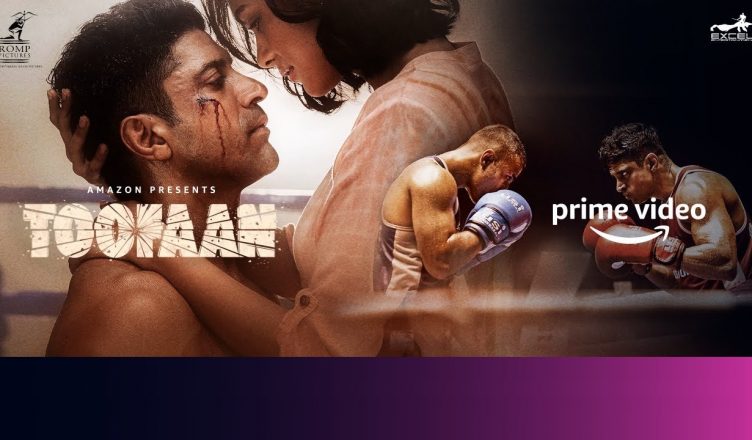 Toofaan is an impressive sports drama that works despite the clichés and long length (161 minutes). The trailer and the plot had made me fear that it might give a déjà vu of similar such films in the past. But thankfully, that doesn’t happen. The sports portions are too good but the other subplots also add to the impact. The religion angle is very well depicted, that too in a balanced way. The second half is where the film disappoints a bit due to the sudden developments. The comeback bit is unconvincing as well. But the finale is nail-biting and the film ends on a great note. Farhan Akhtar is terrific and it’s a pleasure to see him in such a well-written author-backed role after probably Dil Dhadakne Do. His physical transformation is great and even as an actor, he has evolved. Mrunal Thakur is adorable and gets a lengthy and meatier role for the first time after Love Sonia. And she proves that she’s a great talent. And watch out for her infectious smile. Paresh Rawal delivers yet another power packed, award-winning performance. Hussain Dalal leaves a mark as the best friend and also raises laughs. Vijay Raaz is wasted while Darshan Kumaar is fine but it’s high time he gives a break to the villainous roles. Dr Mohan Agashe (Bala Uncle) is lovely. Supriya Pathak (Sister DSouza) is okay and Gauri Phulka (Myra) is the scene stealer in the film. Gaganpreet Sharma (Prithvi Singh) is menacing as the mighty opponent. Deven Khote (Merchant sir) does well. The title track and ‘Star Hai Tu’ are the best songs while the rest of them are forgettable. All in all, Toofaan is a great effort. The makers should have waited for a few more months and given it a chance to score at the box office. After all, the film was made for the big screen!