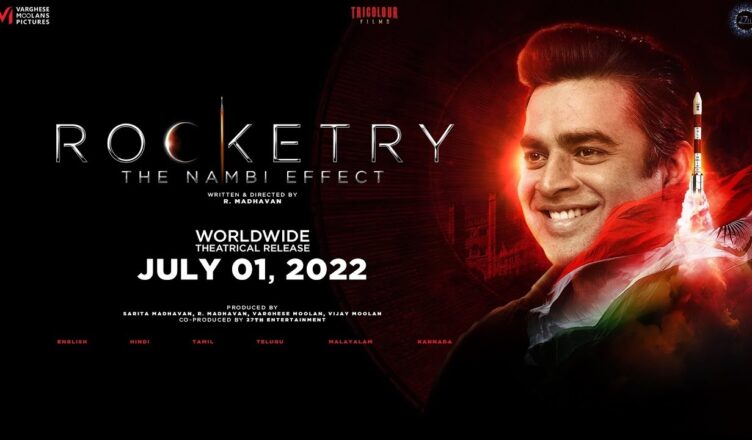 Rocketry: The Nambi Effect tells a shocking story of a man who had to suffer for years due to false charges. The subject is superb. People might have heard of Nambi Narayanan or might know a little bit about his struggles. However, they won’t know about it in detail or his life before the controversy. As a result, it makes for a fine experience to see his journey on celluloid. R Madhavan the director has handled a few moments very well. However, a lot of technical terms are used in the first half and it’ll leave viewers confused. The dialogues should have been simplified for a better impact. The other major problem is that several questions remain unanswered. This ambiguity takes away the impact to some extent. Speaking of performances, R Madhavan is terrific and this is surely one of his most accomplished performances. He is especially amazing in the second half and in his old look. Superstar Shah Rukh Khan is lovely in a cameo. Simran (Nambi’s wife Meena), Sam Mohan (Unni) and Kartik Kumar (CBI officer P M Nair) leave a huge mark. Rajit Kapur (Vikram Sarabhai), Vincent Riotta (Professor Crocco) and Branka Petric (Professor Crocco’s wife) also do well. All in all, Rocketry: The Nambi Effect is a decent attempt and a nice, one-time watch.