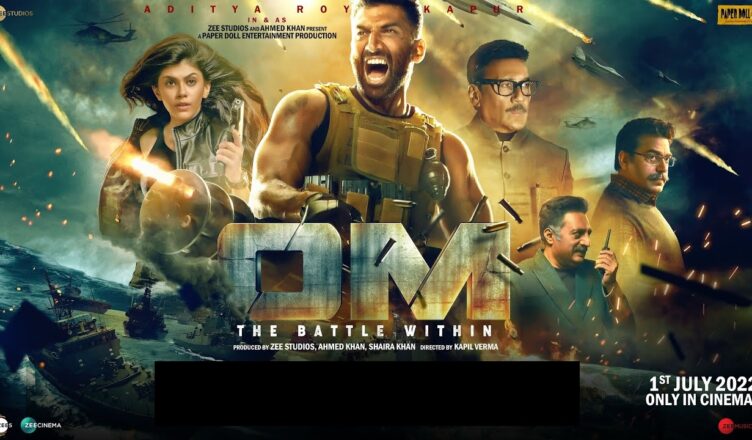 Rashtra Kavach OM seems interesting till a point. Aditya Roy Kapur’s entry is massy and the action scenes, in the beginning, are fun. The intermission also comes at a great juncture. One expects the film to go higher. Sadly, the film stops making sense from here on. There are far too many twists and turns for the heck of it. Also, for an action film, there could have been more fights. The VFX is also not upto the mark. After having seen films like Attack, Squad etc, the action scenes seem sub standard, especially because of not-so-great CGI. Aditya Roy Kapur, however, is quite convincing in this role. Sanjana Sanghi also does well and gets to kick butt. Ashutosh Rana is fine but the way he pronounces ‘memory’ will lead to unintentional laughter. Prakash Raj is over the top, though it works for his character. Jackie Shroff, Prachee Shah Pandya and others are decent. All in all, Rashtra Kavach OM is a disappointment.