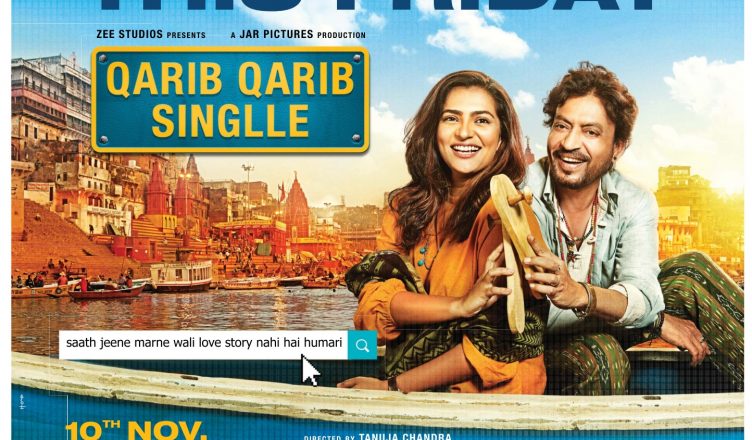 Qarib Qarib Singlle is the big surprise of the season. The film has come unannounced and with less excitement, but it’s sure to grow big time just like Irrfan Khan’s previous films like Hindi Medium, Talvar and Piku. The big advantage of the film is that the writing and execution is completely handled by women (story by Kamna Chandra, screenplay by Tanuja Chandra and Gazal Dhaliwal, dialogues by Gazal Dhaliwal and directed by Tanuja Chandra). These lovely women have ensured that the film has certain subtleties that other films don’t. Also, the bond that the principle characters share with each other is beautifully done without making it in your face. And yes, there’s lot of humour and light hearted moments and few scenes are sure to bring the house down! The film is shot in some wonderful locations and it was so good to finally see Gangtok in a full-fledged film! Irrfan Khan steals the show yet again. He has played so many quirky characters and yet each one is different from the other. This actor is in a roll – hats off! Parvathy Thiruvoth is a brilliant discovery and such an unusual and yet apt choice for this role. She has the look of the girl-next-door and performance wise, she is first rate. All in all, Qarib Qarib Singlle shouldn’t be missed at any cost. Highly recommended!