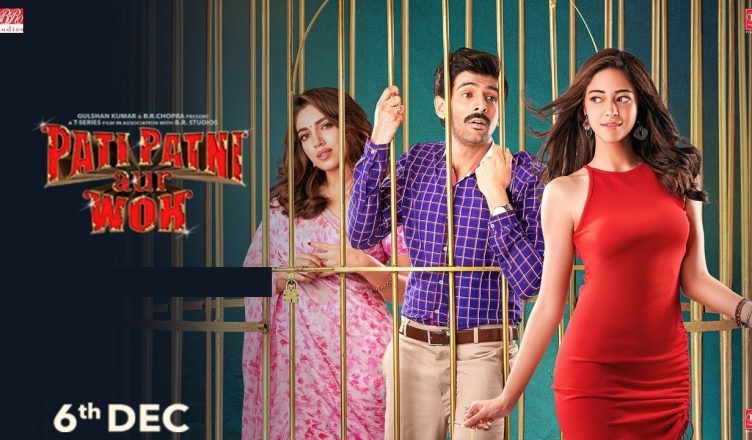 Pati Patni Aur Woh is a very well-made and well-written film that provides entertainment in abundance. The basic premise is similar to the 1978 original film but thankfully the makers have done a lot of changes and made the film in sync with today’s times. Also, unlike infidelity comedies of past decade, the character of Chintu is naughty but never vulgar. Even the dialogues are not objectionable. In fact, the one-liners are too good and raise the humour levels considerably. Not just Mudassar Aziz‘s writing but even his direction is first-rate. He made Happy Bhag Jayegi, which was also a terrific film. At this rate, this man can emerge as one of the most significant directors of Bollywood. On the flipside, a few developments are not convincing. A major twist in the tale is also difficult to digest. Talking of performances, Kartik Aaryan is as expected in a great form and brings a lot to the film with his stardom and talent. Bhumi Pednekar looks gorgeous and gets to play the most fun character of the film. The way she gets her act so right in the second half is seen to be believed! Ananya Panday also proves that she’s a star in the making and that she’s here to stay. To maintain a strong position amidst so many talents is praiseworthy! Aparshakti Khurana is the big surprise and he’s induces the maximum laughter! Shubham Kumar as Rakesh Yadav is another actor that adds to the madness! Neeraj Sood and Manurishi Chadha leave a huge mark. All in all, Pati Patni Aur Woh is a superb entertainer which will surely be loved by the youth and family audiences alike!