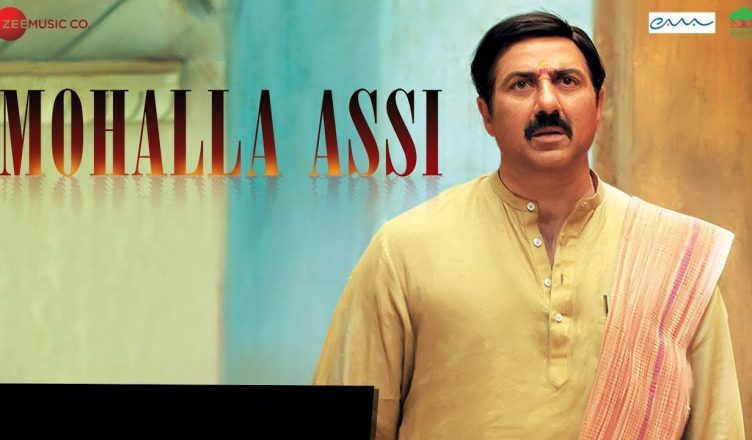 Mohalla Assi has a nice plot and makes interesting comments on modernization-at-what-cost and other such aspects. But the execution and script are the main culprits. The earlier cut that was out since so many years was too lengthy. The theatrical version is just 120 minutes long but is disjointed and incoherent. There are far too many characters and too many tracks. The story doesn’t move at all in the first hour and it’s only devoted in establishing the characters. In the second half, the principle plot of Sunny Deol finally sees some development but it’s not something that would really impress the audiences. There’s a track involving a group of men doing chai-pe-charcha at a tea stall. Initially it seems very interesting but after a point, it is overdone. Talking of performances, Sunny Deol once again plays the angry guy but keeping in mind the character and setting, he keeps his performance restrained. Sakshi Tanwar is impressive while Ravi Kishan is very entertaining. Faisal Rashid (the barber) and Seema Azmi (neighbour) leave tremendous mark. Daya Shankar Pandey is quite good as the character dressed as Lord Shiva and it’s his much-talked about scene that led to a lot of problems for the film. Other actors who are decent are Mukesh Tiwari, Saurabh Shukla and Rajendra Gupta. Watch it if the controversies and delays intrigued you. Or else, give it a miss!