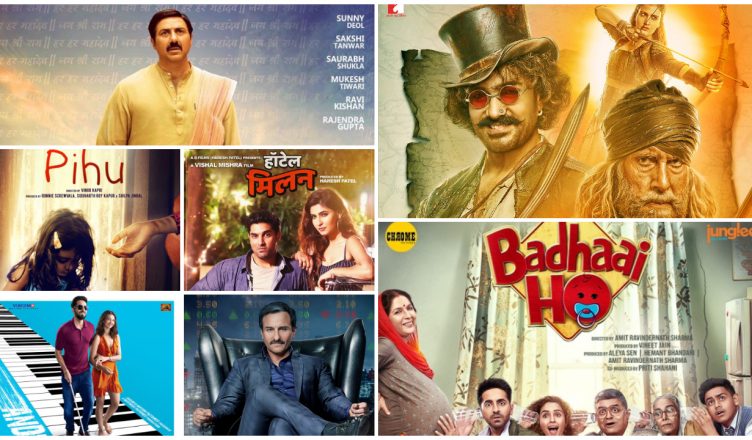 THUGS OF HINDOSTAN IS A BIG-TIME DISASTER; BRACE FOR A ‘DRY’ NOVEMBER!

It still seems like a bad dream but the fact is that it has happened. The big Diwali release, Thugs Of Hindostan, has emerged as one of the biggest disasters of recent times. The bad response to the film was out as soon as the first show was over. Interestingly, the collections were historic on the first day (Thursday November 8) and it became the first movie to touch the Rs. 50 crore mark in a day!

The collections were going to come down the next day, as it happens after a film takes such a historic opening and also because the response was not favourable. But the first shock came when Friday collections were Rs. 28 crore, more than 50% down from day 1. Day 3 was Saturday which was a weekend and collections were expected to be in the same range as day 2, if not worse. But alas, the collections came further down to Rs. 22.75 crore! The hope was then that the Sunday collection would be better as Sunday is a bigger holiday than Saturday. Shockingly, the collections slipped further to Rs. 16.75 crore on day 4!

The weekdays began on Monday and trade dreaded as to what will happen now. And as feared, the collections on Monday were just Rs. 5.25 crore and while on Tuesday, it’s Rs. 4.25 crore. The 6-day collections are Rs. 128 crore and by the time the week ends, the collections would stand at Rs. 135 crore. The lifetime of the film won’t even reach Rs. 150 crore. And the expectations were that the film would cross Rs. 150 crore by Sunday itself! Even worse is that the collections of Thugs Of Hindostan will be less than Race 3, which was also an underperformer, but it had still managed to collect Rs. 166.15 crore in its lifetime.

There have been films in the past that released on Diwali and they have underperformed like Prem Ratan Dhan Payo, Happy New Year, Ra.One, Jab Tak Hai Jaan, Blue etc. Most of these films weren’t flops but not blockbusters either. Thugs Of Hindostan is the first big disaster of the festival. And noboby expected it to be such a big debacle considering that it starred Aamir Khan, who enjoys a lot of trust among the audiences. But then times have changed and if the word spreads that a film is really bad, then audiences are not going to spend a bomb on the tickets. To control the damage, the rates of the tickets were even slashed to ‘normal rates’ and not festival rates. Yet, the audiences simply didn’t turn up as they had already made up their minds.

What has added to the woes, particularly of exhibitors, is that there’s no other significant Hindi film releasing tomorrow and next week. The next significant Hindi release is directly on November 29, when 2.0 will be out. Tomorrow will see the release of 3 Hindi films – Mohalla Assi, Pihu and Hotel Milan. All three carry little buzz and won’t be able to make a mark. Pihu has a slight chance as it’s a very unique concept. The English releases – Fantastic Beasts: The Crimes Of Grindelwald and Bohemian Rhapsody – have a better chance in excelling.

The biggest gainers out of the entire situation are the holdover films. Badhaai Ho out of these is doing the best business and benefited a lot thanks to the debacle of Thugs Of Hindostan. The film is doing better than last week’s weekdays and it is all set to now cross Rs. 130 crore mark! Andhadhun, which will enter seventh week tomorrow, is also doing well at lower levels and would now cross the Rs. 70 crore mark. Lastly, even Baazaar didn’t fall as much as was expected and can reach the Rs. 25 crore mark.