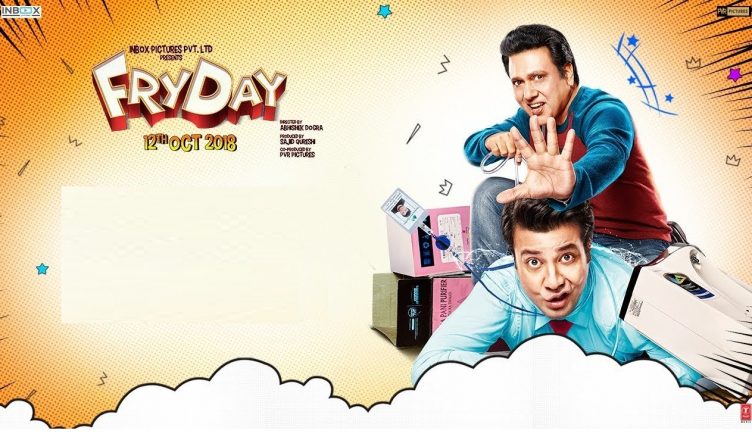 FryDay seemed unexciting from the trailers but surprisingly, turns out to be an enjoyable fare. The beginning isn’t great but once Govinda enters the narrative, the film gets on track. The film is majorly set in one house full of madcap characters on a Friday. And this big chunk of the film is damn good. The one-liners are hilarious and various misunderstandings and lies said by the protagonists keep the interest going. However, the film never really goes on a high or ROFL mode. Certain films have been on similar lines like Garam Masala, Housefull 1 and 2 and they have been better than FryDay. Also, the climax is sans any high. But the impact is made thanks to the script, dialogues and performances. Govinda is in top form and he proves that if the writing is topnotch, he can still work wonders just like the old times. Varun Sharma had a challenge since he had to match upto the comic timing of Govinda and surprisingly, he manages to do so very well. Digangana Suryavanshi looks charming and gives a decent performance while Prabhleen Sandhu also manages to put up a good act. Brijendra Kala and Rajesh Sharma are alright. FryDay sadly won’t work in theatres as there’s no excitement but it’s sure to get its due on television!