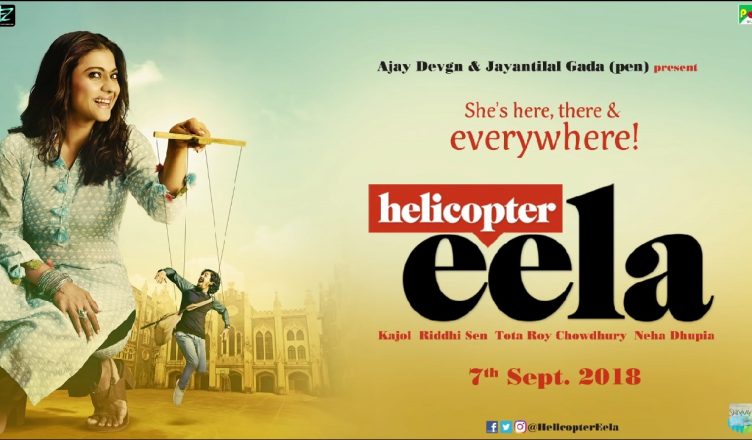 Helicopter Eela is a silly and nonsensical film and it’s shocking how this film got approved in the first place. Director Pradeep Sarkar has given underwhelming films in the past but with this flick, he reaches a new low. Just about anything happens in the film – people walk out of their loved ones’s life at random, an otherwise well-mannered college student shockingly scolds his principal etc. The first half is haphazard and the kind of developments that happen will leave you shocked. In the second half, a few scenes here and there are funny and touching but the absurdities also continue simultaneously. The climax fails to pack a punch as well. Kajol does fine and looks great but in a few scenes, she goes over the top needlessly. Riddhi Sen, also a National Award winning actor, is an actor to watch out for. The film disappoints but he won’t! Neha Dhupia is decent in the supporting role while Tota Roy Chowdhury is laughable. Zakir Hussain, Rashi Mal and Chirag Malhotra are quite nice. All in all, avoid this helicopter ride at all costs!