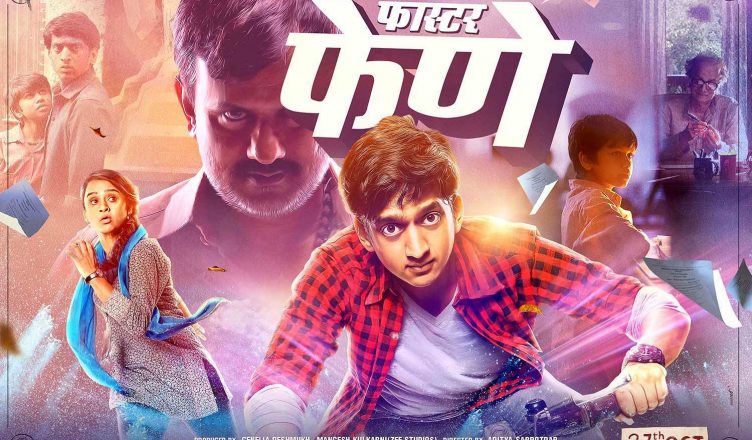 Faster Fene is a Marathi detective film, produced by Riteish Deshmukh, which released last Friday and is making waves. This small film manages to do what Jagga Jasoos couldn’t and also achieves what Detective Byomkesh Bakshy didn’t (not taking away from the fact that DBB was also too good). The 130 minute long film is simple and uncomplicated and has a gripping storyline that makes for a great watch. At the same time, it’s like a family entertainer of sorts. It’s slightly convenient at places but it has enough plusses to compensate. Also, the way it exposes the corruption in the education system is seen to be believed. Troy – Arif’s background score is dramatic and apt for the film. Kshitij Patwardhan’s writing is damn good and he has nicely utilized B R Bhagwat’s character and made him a modern-day sleuth. Talking of performances, Amey Wagh, who recently wowed everyone in Muramba, is too good. This can be a career-defining role for him. Girish Kulkarni, last seen in Dangal and Kaabil, delivers a slightly over the top performance but it works very well. Dilip Prabhavalkar is dependable as always while Parna Pethe makes her presence felt. The review would be incomplete without mentioning about Milind Jog’s cinematography. It’s award-worthy and it’s praiseworthy how he has captured the city of Pune on celluloid. If Faster Fene has released in your city and if upcoming releases don’t interest you, do give it a chance!

P.S.: Don’t miss the beginning at any cost