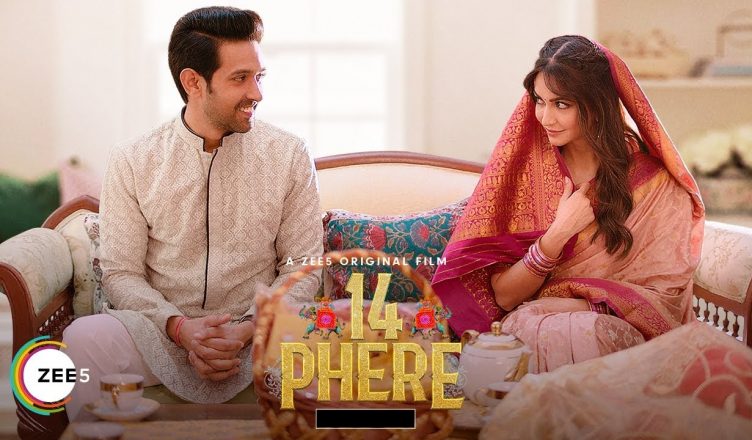 14 Phere sounds interesting on paper and could have made for a laugh riot, on the lines of Salman Khan’s Ready. But the execution is so lacklustre that it turns out to be an unexciting affair. Also, the screenplay doesn’t do justice to the basic plot. There are so many interesting characters in the film and any worthy writer would have peppered the narrative with madness. Here, the writers and the director fail to do justice. A subplot of the couple fighting over shifting to the USA is forced and not utilized properly. Shockingly, the background score is very low and further ruins the impact. On the positive side, a few scenes are funny. The ending thankfully is interesting but it arrives too late in the day. Speaking of performances, Vikrant Massey is, as always, charming and tries to rise above the script. Kriti Kharbanda looks great and does well. Jameel Khan is in his element. Gauahar Khan is alright and sadly, she gets to essay a half-baked character. Priyanshu Singh (Chhotu) and Sumit Suri (Kriti’s brother Vivek) lend able support. Yamini Das (Vikrant’s mother), Vineet Kumar (Vikrant’s father), Manoj Bakshi (Kriti’s mama) and Govind Pandey (Kriti’s father) are okay. All in all, 14 Phere is a disappointment and proves yet again the greatness of directors like Anees Bazmee, Priyadarshan and Rohit Shetty who pulled off some great comic capers with finesse and ease.