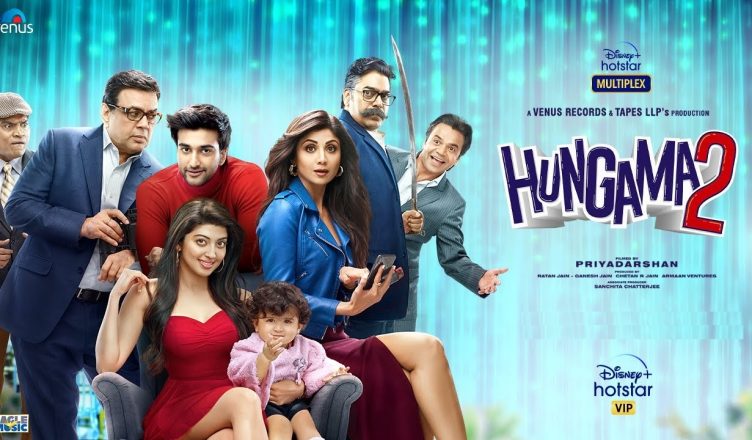 Hungama is a classic comic film and is in the list of ‘all-time favourite films’ of many. But Hungama 2 shockingly is a poor show. The humour is hardly there though the story has all the ingredients of a laugh-a-minute riot. However, the script turns it into a dry and unexciting affiar. The various subplots don’t come together the way it happens organically in a Priyadarshan film. Also, though one doesn’t have to look at logic in such films, it still should be convincing to some extent. Here, anything happens anytime and it’s shocking how it got passed. Meezaan Jafri is strictly okay and his comic timing is a bit off. Pranitha Subhash is quite better and manages to impress with her performance. Shilpa Shetty looks ravishing and gives a first-rate performance. But her screen time is limited. Paresh Rawal also doesn’t get sufficient screen time. Ashutosh Rana in fact is like the second lead and is quite good. Tiku Talsania leaves a mark. Johny Lever is fine in the cameo while Manoj Joshi is average. Rajpal Yadav is the funniest part of the enterprise and its thanks to him that the film doesn’t emerge as an outright disaster. The child actors are nice but they mysteriously disappear after a ‘dhamakedaar’ entry. Akshaye Khanna looks dull. All in all, Hungama 2 is an epic disappointment.