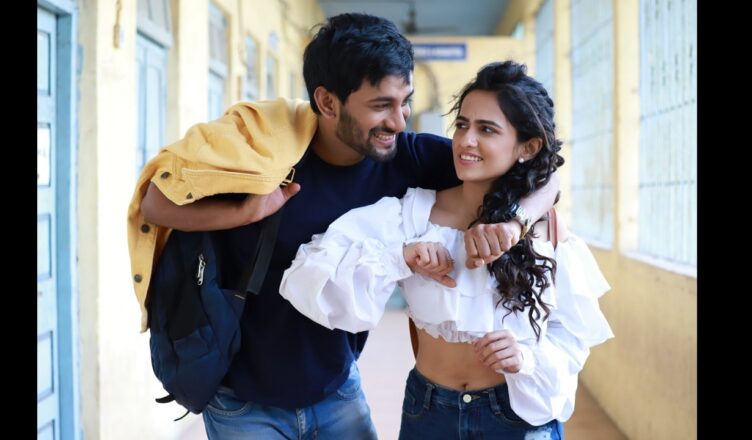 Everest Entertainment’s Everest Music launched Naate Navyane, a romantic song with mukhada ‘Thode Alwarse, Thode Haluwar Se…’ on Friday, June 17, 2022 in an event at Plaza Preview Theatre, Dadar, Mumbai. Lead actors in the album Ajinkya Raut and Shivani Baokar along with the director Omkar H Mane, singers Hrishikesh Ranade and Anandi Joshi, music director Shravan Dandawate, lyricist Murlidhar Rane and other crew members were present on the occasion. The song went live on the Everest Music’s YouTube channel immediately after its release. The teasers and trailers of the song were released on Wednesday amid the overwhelming response from the music lovers.

Everest Music, a hit music YouTube channel with more than 450 songs and millions of views to them, has a variety of collections from various genres of music. It includes independent singles, devotional, romantic, festival, dance, inspirational songs from films and independent albums. It also has a collection for kid poems in English and Hindi, making it a popular household entity. Besides, the special categories of songs dedicated to the personas, deities and genres make the channel unparalleled and includes songs on Ganpati Bappa, Ambe Durge, Vitthal, Shivaji Maharaj etc apart from the film albums and romantic songs.

“This has been a unique endeavour in Marathi to shoot the album and release it on the YouTube channel. We are committed to undertake more such ventures in the near future. We are sure that the Marathi audience will appreciate the efforts as they have been supporting all our ventures for years,” said Sanjay Chhabria of Everest Entertainment LLP.

Everest Music, on its YouTube channel, has many favourite songs by various leading artists such as Suresh Wadkar, Sudesh Bhosale, Awdhoot Gupte, Shreya Ghoshal, Sunidhi Chauhan, Ajay-Atul among others. Some of the songs on the channel have received more than 60 million views.