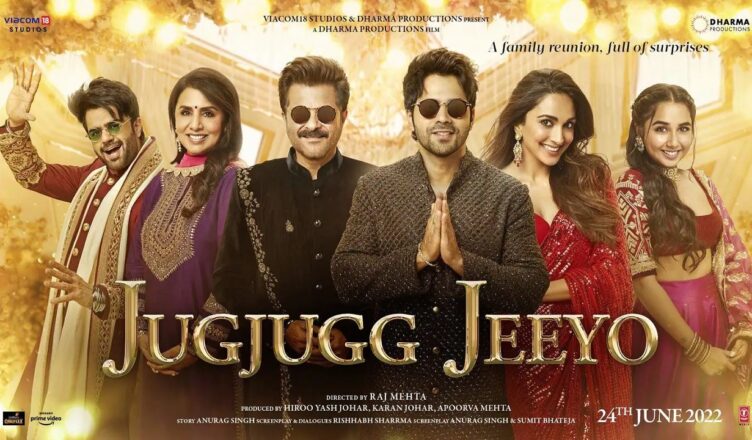 WILL JUGJUUG JEEYO EMERGE AS A BOX OFFICE SUCCESS?

The Kartik Aaryan-starrer Bhool Bhulaiyaa 2 has emerged as a blockbuster. It has crossed the Rs. 180 crore mark and needless to say, the numbers brought in a lot of cheer in the industry. The films that were released after Bhool Bhulaiyaa 2 like Anek, Samrat Prithviraj, Janhit Mein Jaari and Nikamma met a disastrous fate. As a result, all eyes are now on JugJuug Jeeyo, which releases tomorrow. It has created a tremendous buzz, thankfully.

JugJuug Jeeyo stars Varun Dhawan, Kiara Advani, Anil Kapoor and Neetu Kapoor, and is directed by Raj Mehta, of Good Newwz fame. Good Newwz was about two couples in an unusual situation, and JugJuug Jeeyo is also in the same zone. The basic plot, as given out in the trailer, is very funny. In fact, the battle was half won for the makers as the trailer was very well received. The two songs – ‘The Punjaabban Song’ and ‘Rangisari’ – have been well received. Moreover, it’s a rare family comedy, sans violence and action, after a long time.

What also goes in favour of JugJuug Jeeyo is the Punjabi touch. Hence, it has the potential to do very well in the North and Overseas. The film is sure to take an opening of Rs. 10 crore plus. But what remains to be seen is if it can open better than Bhool Bhulaiyaa 2. The horror comedy’s opening day numbers were Rs. 13.50 crore. If the reports of JugJuug Jeeyo are encouraging, it can go beyond this figure. Even if it doesn’t, the double digit opening will make it a winner and then it’ll all be about how it sustains at the ticket window from Saturday.

The other releases of the week are Sherdil and Elvis. Sherdil, starring Pankaj Tripathi, looks interesting but has zero buzz. Elvis, as the name suggests, is the biopic of legendary icon Elvis Presley. The film won’t be a huge grosser but can work well in multiplexes in certain metros.