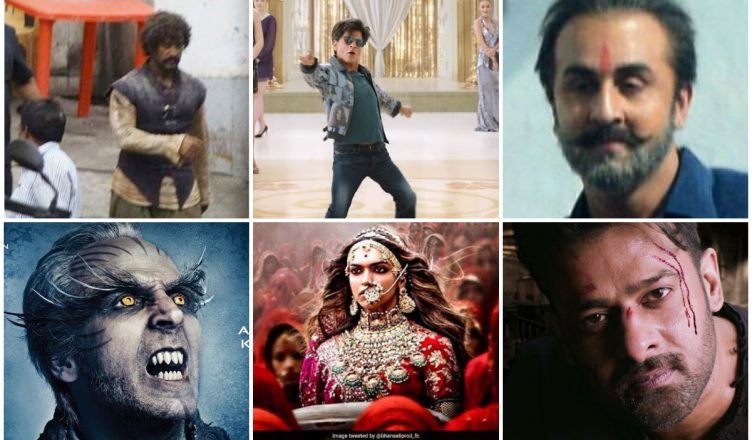 THUGS OF HINDOSTAN: This easily is the biggest all-Bollywood film of the year as it stars Aamir Khan. And this time, he’s teamed up with Katrina Kaif, Amitabh Bachchan and Fatima Sana Shaikh for this period action film. It’s being shot in some beautiful, virgin locales and should be a visual delight. Director Vijay Krishna Acharya doesn’t quite enjoy a great reputation thanks to Tashan but his last film Dhoom 3 was a terrific entertainer, though mindless. Hence, Thugs Of Hindostan can be expected to be a pan-India entertaining flick.

ZERO: With each passing year, the respect and credibility of Aanand L Rai has been increasing thanks to his choice of films. Also, as a director, he has chosen some grounded, witty scripts that has made him one of the best that we have. Hence, one can’t help but wait eagerly for Zero, which features Shah Rukh Khan as a dwarf. The sneak peek was hilarious and this could be a fun-filled entertainer.

SANJAY DUTT BIOPIC: It’s an exciting venture as it stars Ranbir Kapoor and that it talks about the roller-coaster life of Sanjay Dutt. But more than, it’s the fact that it’s directed by Rajkumar Hirani which makes it all more the exciting. He has had 100% track record and Dutt biopic should be another feather in his cap.

PADMAAVAT: The film had created buzz even before it got into controversies. Sanjay Leela Bhansali has been having a great run since Goliyon Ki Raasleela Ram-leela. His last release Bajirao Mastani also was too good. The grandeur that he showcases in his films can’t be missed at any cost. The casting too is intriguing – there’s Ranveer Singh and Deepika Padukone but both reportedly don’t come face to face in the film at all. And Shahid Kapoor plays Deepika Padukone’s warrior husband all three look great and totally into their character.

2.0: Robot was terrific and hence its sequel 2.0 has to be a highly awaited one. Director Shankar knows the pulse of the audiences (his 2001 film Nayak still is very relatable) and what’s more, this time we have Akshay Kumar as the super villain. That it’s shot in Hindi and not just dubbed is another exciting factor.

SAAHO: The whole nation has fallen in love with Prabhas after the Baahubali series. Hence, his next flick Saaho is eagerly awaited. It’s a trilingual film and not dubbed like Baahubali. Nothing is known about this film’s plot but from the teaser, it’s evident that it’s going to be a visual extravaganza. 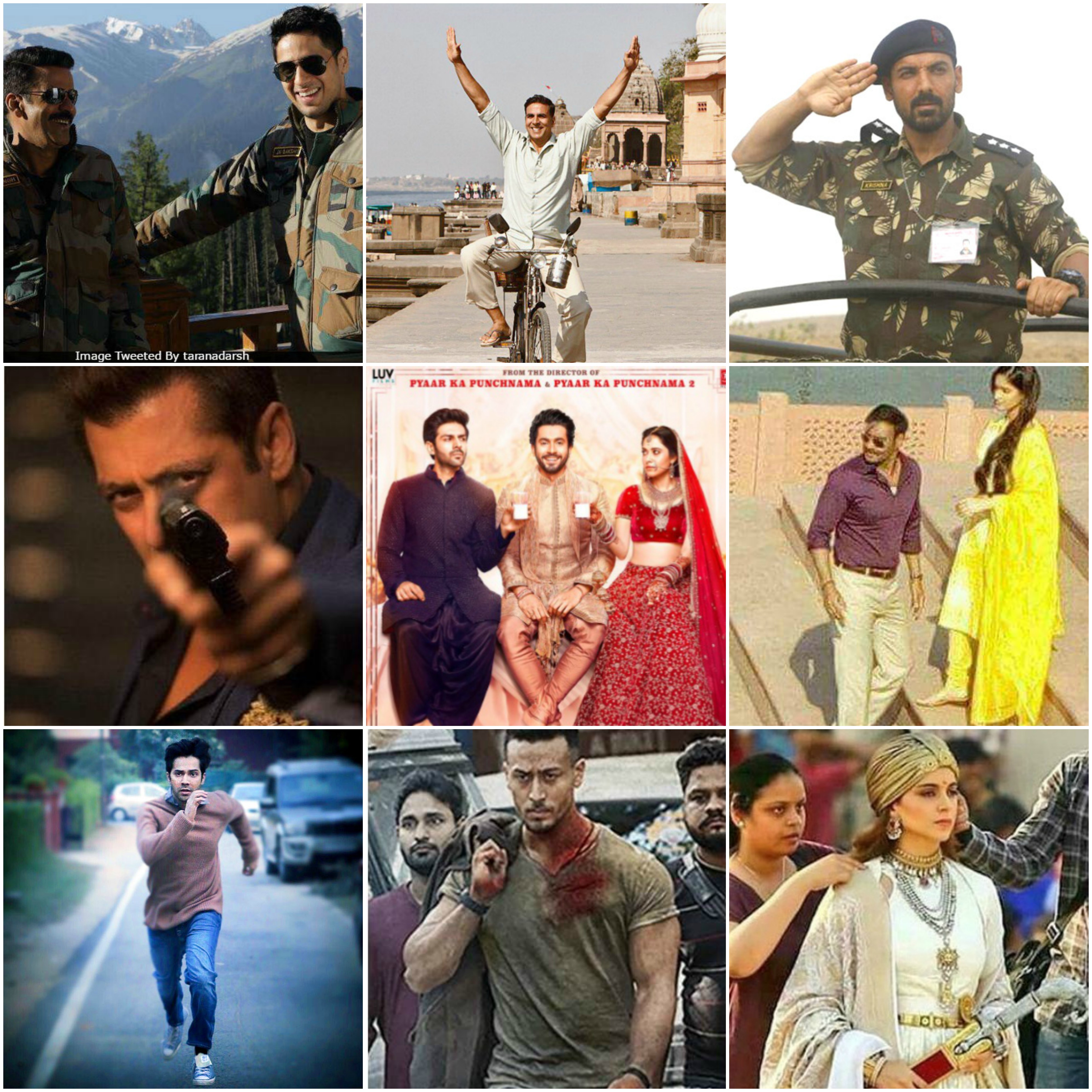 PAD MAN: R Balki can work wonders when he attempts new, unusual stories (he faltered just once with Shamitabh). Pad Man seems to be another entertaining-moving film from this genius maker. It deals with a small-town resident who makes low cost sanitary pads. Twinkle Khanna has written the story and this is something very exciting since we all know that she is a great writer!

AIYAARY: Neeraj Pandey is a name to reckon with. From A Wednesday to Special 26 to Baby to M S Dhoni – The Untold Story, he has never disappointed. Hence, despite the not-so-awesome trailer, Aiyaary is a film that makes me curious and excited.

RACE 3: It is disappointing that Saif Ali Khan, the mainstay of Race franchise, is missing from the third part. Also, Abbas-Mustan aren’t directing it this time. But then there’s Salman Khan who has taken over the mantle and he is also accompanied with Anil Kapoor. Race is about sizzling hotties and this time, Jacqueline Fernandez has been retained. She’ll surely add the required sizzle to the film. It’s an Eid release moreover and hence, should be a dhamaka!

SONU KE TITU KI SWEETY: It’s directed Luv Ranjan, whose Pyaar Ka Punchnama films became a game changer. There was absolutely no excitement for his next, Sonu Ke Titu Ki Sweety, but it all changed when the trailer was unveiled. Kartik Aaryan seems in great form and Nushrat Bharucha is also expected to rock the show.

RAID: Ajay Devgn is on a roll after Golmaal Again crossed the 200-crore-mark. His first film of the year is Raid, featuring him as a no-nonsense officer in Uttar Pradesh. It is directed by Raj Kumar Gupta, known for his gritty films. Ileana D’Cruz is seen opposite Ajay once again after Baadshaho. Surely, a film that can work wonders if it has the right amalgamation of entertainment and substance!

OCTOBER: Shoojit Sircar can never be underestimated, especially after the much loved Vicky Donor and Piku. October is supposedly dark but with Shoojit at the helm, one can expect for something interesting. Also, Varun Dhawan gets back into unconventional zone after Badlapur with this one.

BAAGHI 2: Till date, I haven’t been really impressed with Tiger Shroff’s films. Yet, his films are always keenly awaited for me as he’s a treat to watch on screen. Thanks to people like him, there’s hope that masala film genre will survive for a longer time. I found Baaghi strictly okay and hoping Baaghi 2 rocks and shows Tiger in all its glory!

MANIKARNIKA: Kangana Ranaut is a fabulous performer and I am really looking forward to see how she has essayed Rani Lakshmibai in this historical!

RAAZI: Meghna Gulzar left viewers stunned with Talvar and something similar can be expected from Raazi, which stars talented actors like Alia Bhatt and Vicky Kaushal. That it’s shot in beautiful Kashmir locales is an added advantage.

VEERE DI WEDDING: Chick flicks are rarely made in Bollywood. Hence, once such a film is about to arrive, the excitement surely goes up. And Veere Di Wedding is extra special as it stars two fashionistas – Kareena Kapoor and Sonam Kapoor. Swara Bhaskar and Sumeet Vyas also feature in this slice of life wedding drama.

SANDEEP AUR PINKY FARAAR: I feel Dibakar Banerjee is way ahead of Anurag Kashyap when it comes to realistic fares. He was missing from the scene since sometime but now it’s great to see him back with what seems like a fun-filled entertainer. Arjun Kapoor and Parineeti Chopra are the leading actors in this flick. It’ll be interesting to see the locales of Uttarakhand as well, which is a rarely explored location despite the proximity from Delhi.

BATTI GUL METER CHALU: Uttarakhand will be shown prominently in Batti Gul Meter Chalu as well, directed by Toilet – Ek Prem Katha director Shree Narayan Singh. This Shahid Kapoor–Shraddha Kapoor–Yami Gautam starrer talks about the relatable issue of hefty electricity bills and it’s based in small towns, which will be interesting to see on screen.

DEEPIKA PADUKONE-IRRFAN KHAN STARRER: Deepika Padukone’s next after Padmaavat will be a film on the life of Sapna Didi who attempted to kill Dawood Ibrahim. Irrfan Khan also stars in this drama which will be directed by Vishal Bhardwaj himself.

SIMMBA: Ranveer Singh is a powerhouse of energy and comedy. But this part of his has been rarely explored in films. Finally, it will be displayed in full glory in Simmba, directed by Rohit Shetty. The first look itself looks highly entertaining and colourful and more importantly, masaledaar, the need of the hour!

SHOOT THE PIANO PLAYER (Tentative title): Sriram Raghavan’s crime dramas are unforgettable. Here’s hoping Shoot The Piano Player continues with the tradition. It stars Ayushmann Khurrana in his first ever dark role along with Radhika Apte and Tabu.

KARWAAN: This can be the sleeper hit of the year. It stars Irrfan Khan and South sensation Dulquer Salmaan along with Marathi actress Mithila Palkar. The title gives a nice travel vibe and Irrfan is amazing as always. Surely, a film to watch out for!

KEDARNATH: Kedarnath has always been on my priority list of places to visit. Hence, a film about this temple town is quite exciting for me. Moreover, the makers plan to show the flood that ravaged the town in 2013 and it’ll be intriguing how they manage to show it authentically. Abhishek Kapoor faltered with Fitoor but he has proven his worth with Rock On and Kai Po Che. The star cast too can be interesting – Sushant Singh Rajput and Sara Ali Khan.

SUI DHAAGA: The title is catchy and it brings together Varun Dhawan and Anushka Sharma for the first time. Moreover, it talks about Gandhian principles and it’s directed by Sharat Katariya, whose 2015 flick Dum Laga Ke Haisha is still memorable. 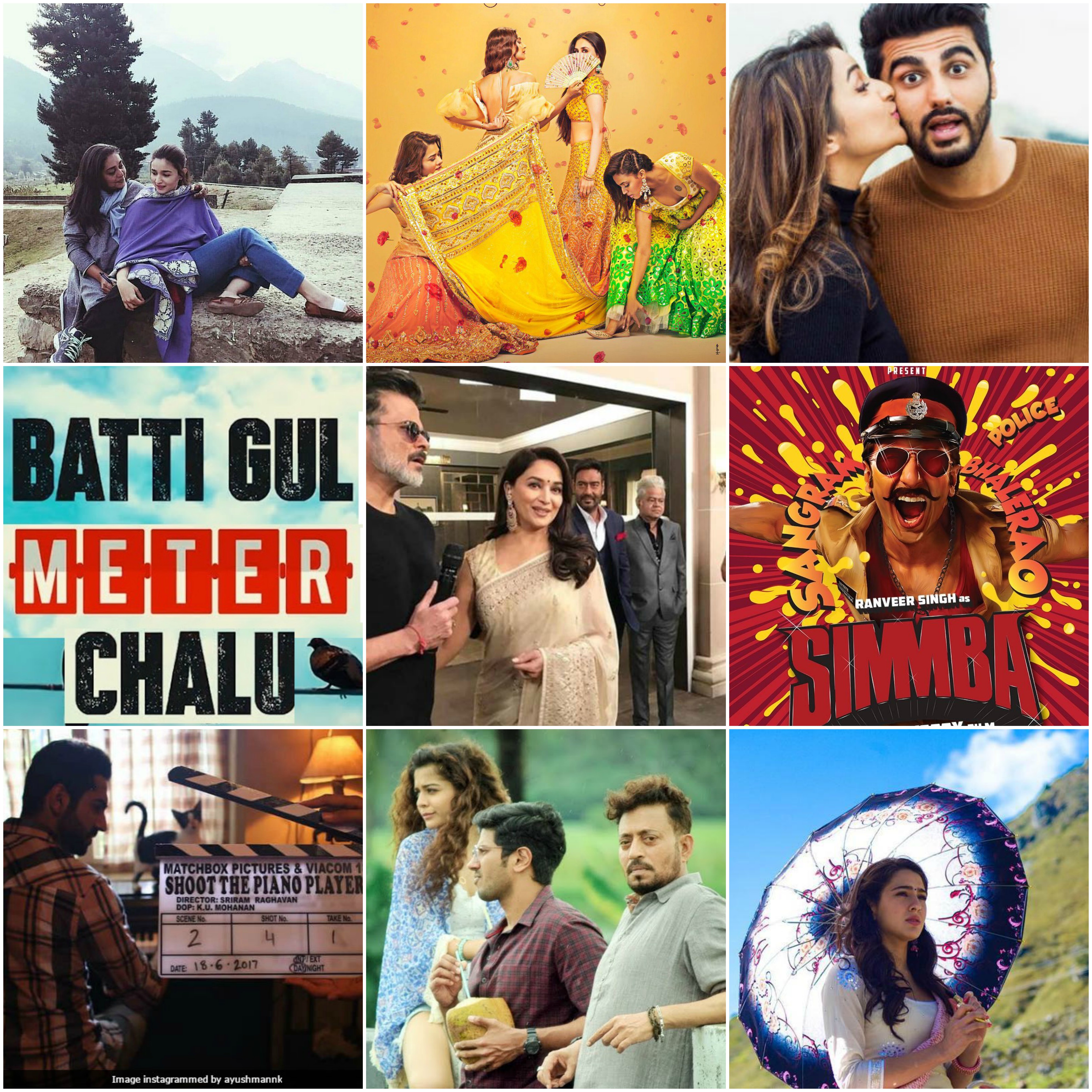