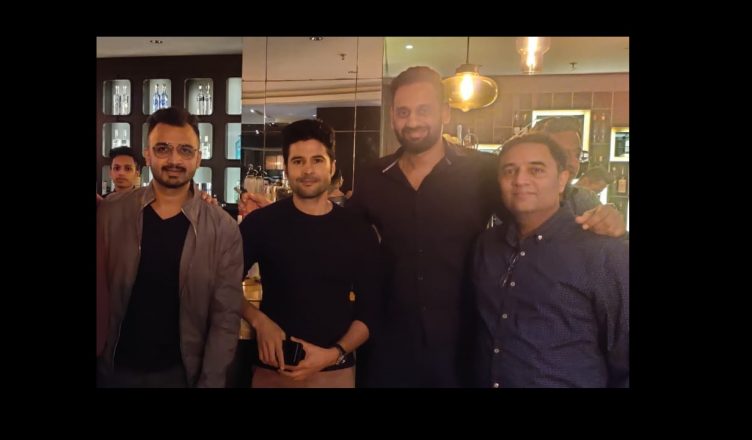 While the entire entertainment industry had come to a halt amid the Coronavirus-induced lockdown, Arjun Singgh Baran and Kartk D Nishandar-led GSEAMS found a way of content creation and shot their web series in Goa. The much awaited and soon to be released web series Naxalbari is also a story of how the producers and actors from Marathi industry are making a big leap to Hindi web series arena.

A month ago, the producers recently released its teaser depicting the outline of the content of the series. It’s about the movement run by the jungle dwellers for their rights and against the suppression by the mightier. The series promises to cover almost every angle of the issue, right from the deprival of the poor villagers to suppression of their rights to economic exploitation of the natural resources for the benefits of the politicians and industrialists mentored by them. The trailer, which came out two weeks back, gives a fair idea of the content of the story and also arouses the curiosity about the series.

GSEAMS was in the news in the entertainment industry as it was the first to start production of Naxalbari during the Coronavirus pandemic in Goa with the help of Entertainment Society of Goa. The web series is also awaited by the viewers for the outstanding star cast and celebrated director too.

Arjun Singgh Baran and Kartk D Nishandar of GSEAMS said, “We have always believed in quality content in whichever genre we deal in. At the beginning of the Covid-19 pandemic, we had a series called Samantar in run and it received an amazing response from the viewers. Its second season Samantar part-2, directed by renowned Marathi director Sameer Vidwans is all set to release. Though our entry into the web series genre has received an overwhelming response, we have continued to produce Marathi films. Very soon, GSEAMS is producing an entirely different genre Bali – The Victim. It is directed by Vishal Furiya and features Swapnil Joshi in the lead role.”

“To take our passion for classy content forward and offer a platform to the hidden talent, GSEAMS is exploring the concept of Writer’s Zone. It will encourage upcoming writers to find their share of platforms they deserve. We have now created content for films and shows across genres, which are ready to go to floors,” added Arjun Singgh Baran and Kartk D Nishandar.