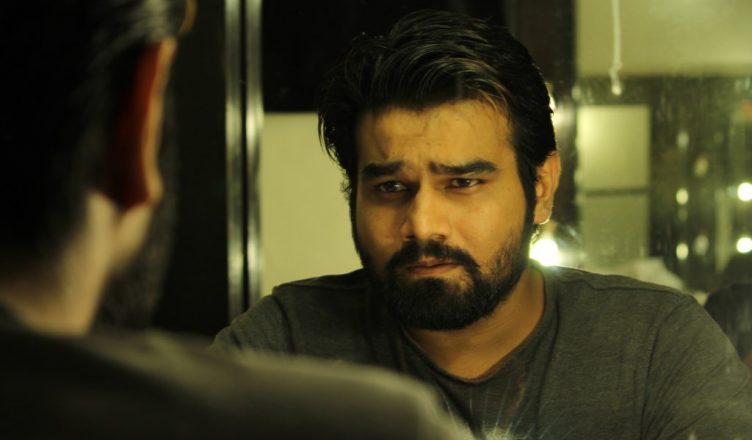 He featured as Poplu as Humpty Sharma Ki Dulhania and won everyone’s hearts. Now, Sahil Vaid is back, with the second part of the franchise, Badrinath Ki Dulhania. The talented actor opens up about his experience of working on this film and with Varun Dhawan and Alia Bhatt. He explains why he calls Alia ‘baby Naseeruddin Shah’ and also reveals about his stint as a voiceover artist. Over to Sahil…

How excited are you for Badrinath Ki Dulhania? You just tweeted wherein you wrote that ‘just 8 days to go for the greatest show on earth’!
Yes, I’ve been quite excited although I am trying my best to contain my happiness. Just 8 days are left and it’s really exciting. We shot for the film for around 10 months ago and though it was quite comfortable, it was very hectic too. I myself haven’t seen the film. I’ll finally watch it on Saturday.

You were quite entertaining as Poplu in Humpty Sharma Ki Dulhania. What should we expect from you this time, apart from your new hairstyle?
To begin with, my speech. Our characters are based in Jhansi and obviously, we aren’t really speaking in authentic Jhansli waali Hindi since audiences wouldn’t have understood it fully. Also, I am 6 kgs lighter than Paplu! Moreover, this time, my character is not jobless. He runs a website. To know what exactly it is, you’ll have to see the film!

Since you are originally from the North, was it slightly easier for you than Varun to slip into your character?
Not just slightly, it was very easier than Varun. My naniji is from Agra and so, I have a knack of understanding Hindi spoken in these parts. But we had to be careful because Jhansi ki UP accent will be different from Agra ki UP accent or Kanpur and so on. It’s quite complicated actually especially in the border areas of Rajasthan, Uttar Pradesh and Madhya Pradesh.

In a recent interview, you called Alia Bhatt ‘Baby Naseeruddin Shah’. What made you say that?
I have worked with Naseeruddin Shah when I was doing theatre and the amount of dedication that Alia puts in reminds me of him. She’ll quietly do her homework and surprise everyone with her brilliant work. She’s highly disciplined.

Was it easier with Varun this time as the ice was already broken during Humpty Sharma Ki Dulhania?
Yes and it was Shashank who helped broke the ice. He was kind enough to understand that we both don’t know each other and it will be awkward for both of us. Hence, he did the needful. Post Humpty Sharma Ki Dulhania, me and Varun Dhawan kept in touch. It’s great fun to work with him. Varun ke saath kaam karke hamesha mazaa aata hai.

Tell us about your experience of falling from the jet ski. The making video was quite hilarious.
Well, the experience of falling in the water was more fun than dangerous, despite the presence of crocodiles. My first thought after falling in the water was that, ‘I told you, Varun’! Varun however was quite apologetic and helped me get back on the jet ski. After changing and getting back on the jet ski, I fell again in the water and this time Varun too fell. The entire unit was cracking up!

Your role in Humpty Sharma Ki Dulhania was appreciated a lot along with the film as a whole. How did your life change?
Strangely, a lot of people felt that the success of the first part was a fluke and that we won’t be lucky the second time. We’ll be taken seriously only when Badrinath Ki Dulhania also emerges successful. Talking about my life, well, people started recognizing me a lot once the film was out. 4-5 months after the film, I thought I had arrived but later, I got a reality check. So it was quite a learning experience.

But at the same time, do you feel lucky that Humpty Sharma Ki Dulhania was backed by Dharma Productions because of which the film reached to a lot of people?
Absolutely and I was quite lucky. There are lots of good actors around and I could have got lost in the midst. It’s thanks to Dharma that they marketed the film well. However, it’s all thanks really to Shashank (Shashank Khaitan, director). He was my senior and we have done theatre together. He helped me get the role though he did audition me left, right and center. Later, producer Karan Johar liked my audition and that’s how I bagged the part. Interestingly, I didn’t audition for Badrinath Ki Dulhania at all. Shashank called me and said that he has written a role especially for me! But the sad part was that my father passed away 2 days after I got this role.

Which are the other films in the pipeline?
I am a part of Y-Films’ Bank Chor. It should release this year. I have also done a cameo in Maniesh Paul-starrer Baa Baa Black Sheep.

You are also a voiceover artist and you recently dubbed for the upcoming Hollywood biggie Beauty And The Beast. Comment.
Oh yes and it was a great experience. Beauty And The Beast is a superbly made film. This was the biggest dubbing project that I have been a part of. At the same time, I have also dubbed for Kong: Skull Island which co-incidentally releases on March 10, the same day as Badrinath Ki Dulhania!