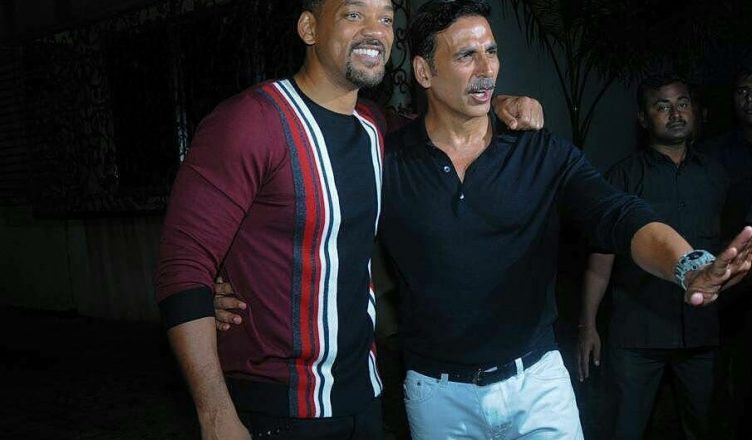 Hollywood actor Will Smith is in Mumbai and one hears that he bonded rather well with superstar Akshay Kumar. According to a report in an entertainment daily, Will expressed a desire to have some finger-licking tasty Punjabi food. He was told that it is best served at Akshay’s place. The Hollywood actor and his few friends instantly decided to head to the Rustom actor’s place to fulfill their cravings.

Akshay, who’s anyways very generous and large-hearted, was more than happy to host Will at his house along with his wife Twinkle Khanna. Incidentally, Akshay had planned a party for the night on the same day. It was attended by Karan Johar, Varun Dhawan, Ranveer Singh, Alia Bhatt, Sonam Kapoor, Sonakshi Sinha, Arjun Kapoor, Akshay’s best buddy and real-estate magnate, Vicky Oberoi and his actress wife Gayatri Joshi. The presence of Will must have taken this party to another level!