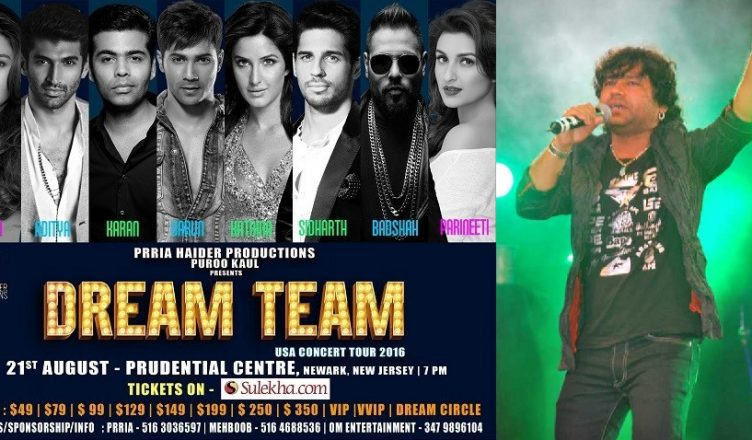 The recent Dream Team Tour 2016 was a huge success. It was a musical tour featuring Varun Dhawan, Alia Bhatt, Karan Johar, Sidharth Malhotra, Katrina Kaif, Parineeti Chopra, Aditya Roy Kapur and Badshah. The performance took place in 6-7 cities of USA. The first leg of the tour took place in Houston on August 12. Coincidentally, Kailash Kher’s concert Kailasa was held in the same city on the same date. The Dream Team organizers feared Kailasa would eclipse their concert and asked the singer to postpone his show.

The singer expressed shock at this request and refused to entertain the request. In fact, Kailash’s team members were blamed for purposely organizing the show at the same time and city to eclipse Dream Team’s concert! Kailash explained that the show was held to coincide with Indian Independence Day (August 15) and Pakistani Independence Day (August 14). He went ahead with his show and it was attended by 10,000 people. The Dream Team’s Houston concert was a success too.

If Kailash’s claims are true, it is really astonishing for sure that a group of prominent Bollywood stars felt threatened by a singer!