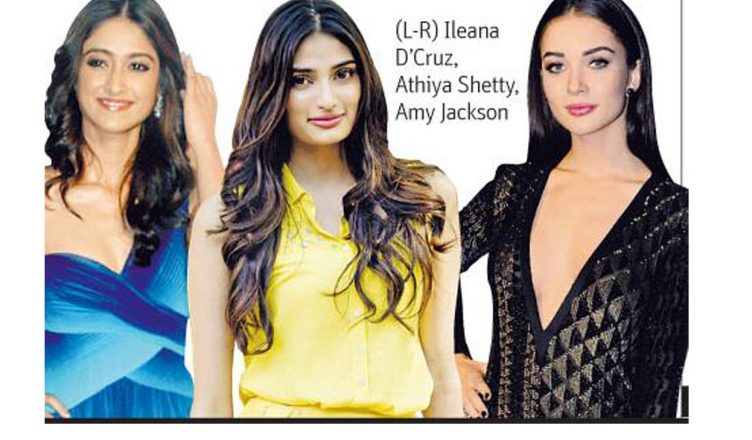 There were reports that Sonakshi Sinha was offered Mubaraka, Anees Bazmee’s family comedy starring real-life chacha bhatija Anil Kapoor and Arjun Kapoor. But she was not happy with the script and opted out. People expected that Sonakshi will be replaced by another actress. But what no one expected was that the film has not just one, but three heroines, if reports are to believed!

The report claim that Ileana Dcruz, Athiya Shetty and Amy Jackson have signed on the dotted line. Ileana was a part of the recently released Rustom and will soon start shooting for Milan Luthria’s Baadshaho co-starring Ajay Devgn and Emraan Hashmi. She got into a controversy when she was announced as a part of Aankhen 2 when she had never even signed the film.  Athiya Shetty meanwhile had not signed any film post her debut vehicle Hero, that released last year in September. This shall be her second film in Bollywood. Amy Jackson meanwhile is busy with Freaky Ali promotions and looking forward to the release of Robot 2.

Three heroines and two heroes – this is surely an exciting idea and one can’t wait for the official details to emerge!