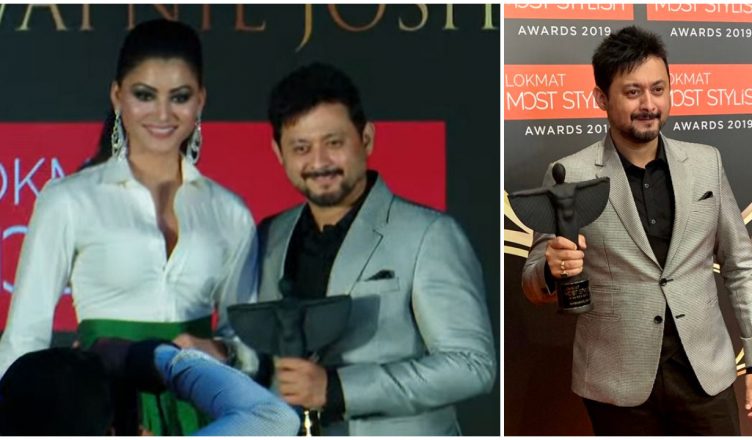 Swwapnil Joshi is one of the most popular and talented actors of our times who, since almost three decades, has been entertaining viewers on television and in movies. The actor refuses to age and is convincingly able to play roles of various age groups. Hence, it’s no surprise that an actor of his caliber is being felicitated at award ceremonies.

Recently, Swwapnil Joshi was conferred with Lokmat Most Stylish Award for his Outstanding Contribution to the Regional Cinema. The glittering ceremony, attended by dignitaries from various fields including Bollywood, Marathi TV and Film industry, business among others, was held in Mumbai on Wednesday December 18.

Swwapnil Joshi was obviously ecstatic with this honour and he said, “I was honoured with Outstanding Contribution to the Regional Cinema – Best Actor Award. This was the second time that I have been a recipient of an award at this ceremony ever since it was instituted four years ago. In the first year, I was conferred upon with the Young Achiever’s Award, while this year I have been felicitated with Most Stylish Award. In Hindi category, Ajay Devgn was conferred with the Award. I am hence happy and equally honoured to have received the award. It will prove to be inspiration for me to keep entertaining my audience as usual.”

On the film front, Swwapnil Joshi had a busy 2019 as he had two releases – Mi Pan Sachin and Mogra Phulaalaa. He’ll commence 2020 with a bang with a horror flick Bali-The Victim, directed by Lapachhapi and Criminal Justice director Vishal Furia. Before that, he’ll treat his fans with his new radio show ‘Share It with Swwapnil’. It goes on air from December 23 onwards.