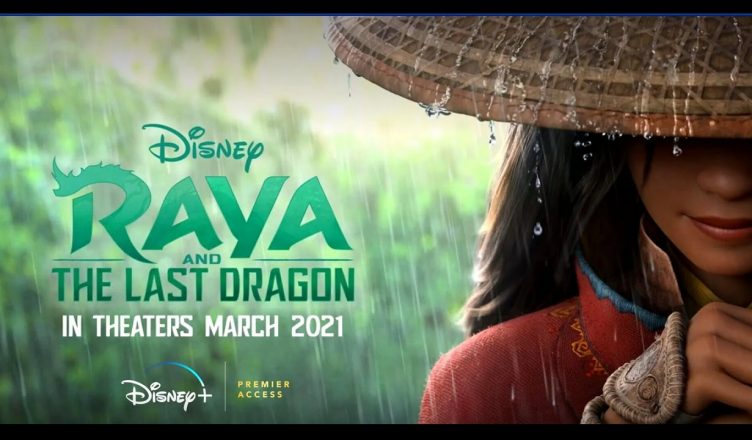 All those who were waiting to see Disney’s latest animated feature, Raya And The Last Dragon, in cinemas must have been surprised. After all, the film has been playing in only one cinema hall – Sterling Cineplex – in Mumbai. Even in other cities, the film has hardly got a few shows. The other release of the week, Judas And The Black Messiah, meanwhile has sufficient showcasing in multiplexes across the city. As a result, viewers have been bewildered as to why Raya And The Last Dragon has got a raw deal.

As per sources in the exhibition sector, Disney’s unfair demand has led to the multiplexes boycotting this animated flick. A source says, “The production house has asked the theatres for a share from the Rs. 30 that they charge for the 3D glasses. The multiplexes were not in favour of it. They had hoped to screen the film in it’s 2D version. However, Disney didn’t allow that to happen. It wanted all theatres in the country to show only the 3D version and that they should get a cut from the usage charge of 3D glasses. With no option in hand, the multiplexes decided to reject the showcasing of Raya And The Last Dragon.”

The source further adds, “Till the last moment, negotiations were going on. Most multiplexes had kept a screen on standby. They had hoped that a common ground would be reached and then they’ll be allowed to screen Raya And The Last Dragon, in 3D, without paying any share from the 3D glasses, or at least in 2D. But alas, no solution came out of their meetings and hence the film didn’t get the showcasing it deserved.”

Disney is not the first studio to ask for a cut from the 3D glasses’ share. In the past, even Warner Bros has done the same. However, it allowed the theatres to screen it’s films in 2D version. Recently, the Christmas 2020 biggie, Wonder Woman 1984, was released nationwide only in 2D. The other films of Warner Bros over the past few years like Fantastic Beasts: The Crimes of Grindelwald (2018), Aquaman (2018), Shazam (2019), Pokemon Detective Pikachu (2019), Godzilla: King of the Monsters (2019), The Lego Movie 2: The Second Part (2019) etc which were available in 3D globally released only in 2D in India.

A trade expert says, “This is a sad situation. Disney could have gained from this film. It’s about a brave female warrior and by releasing it in Women’s Day week, it could have got some footfalls. We hope Disney doesn’t dictate such terms for it’s upcoming films, especially for it’s Marvel movies.”

Meanwhile, it was announced today that Raya And The Last Dragon’s English and Hindi versions will release on Disney+ Hotstar on June 4, 2021.