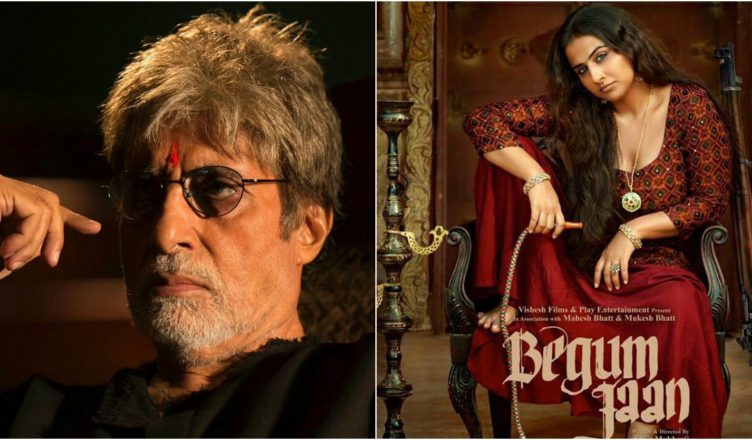 Ram Gopal Varma’s action thriller Sarkar 3 has been postponed from April 7 to May 12. The decision was announced yesterday (March 21), less than 3 weeks from its initial release. A lot of reasons have been doing the rounds for this step, from delay in post-production to non-payment of dues by Eros International.

The postponement has suddenly left a Friday vacant which we all know is criminal considering the number of clashes that happen in a year. It’s not that there are no other films releasing on April 7. There’s Mirza Juuliet and Laali Ki Shaadi Mein Laddoo Deewana that will hit screens on the said day but both are very small and carry no buzz. Begum Jaan on the other hand releases on April 14, the same day as The Fate Of The Furious, the 8th part in the highly successful Furious franchise. The previous part in the series, Furious 7, was highly successful in India. It almost reached the 100-crore-mark, although this was more to do with the fact that it was Paul Walker’s last film. Yet, The Fate Of The Furious can still do huge business and might even steal the thunder from Begum Jaan.

Hence, it would be only logical if Bhatts, the producers of Begum Jaan, immediately prepone the release of the film from April 14 to April 7. The move will prove advantageous in every way. Firstly, it will be a solo release (since the other 2 films releasing on April 7 are hardly exciting) and hence can get sufficient amount of screens. There would be no threat from last week’s release (Naam Shabana) as again it’s a small film and is not expected to really rock the box office. The promotions of the film have already started and advancing the release by a week won’t impact hence. Lastly, the film has already received a Censor certificate.

Begum Jaan features Vidya Balan, a highly talented actress but who hasn’t given a commercial hit in 5 years. Begum Jaan trailer has made an impact and the film can turn out to be a decent success, if it releases at an appropriate time. Releasing with The Fate Of The Furious would be a bad idea, especially since the week before is vacant with no major releases. Hope the Bhatts understand this point and do the needful!