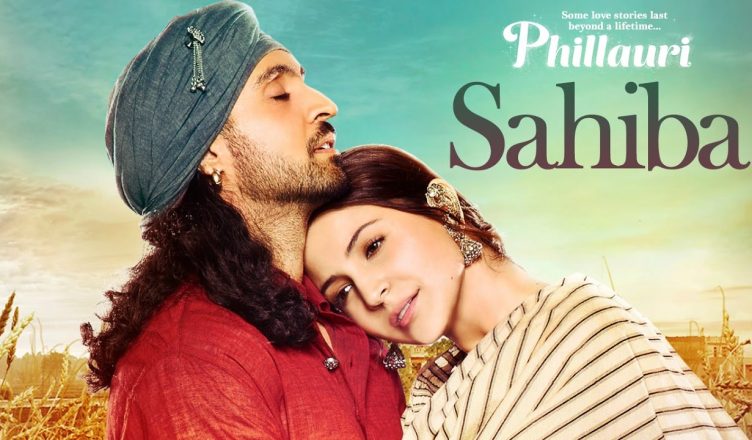 WILL THE FRIENDLY GHOST WORK ITS MAGIC?

Anushka Sharma always prefers to go low key with her film productions’ shoots. Hence, she and her team won’t share on the set images, videos etc that is common nowadays. She also doesn’t reveal much about the film beforehand and hence the first trailer always comes up as a surprise. It happened with NH10 and now the same trend was repeated with Phillauri. Everyone knew she was doing this film but nobody knew that she plays a ghost. And no, she won’t send a chill down your spine. This ghost is friendly and will tickle your funny bone and teach you a lesson or 2 about love.

Phillauri, besides Anushka stars Diljit Dosanjh, Suraj Sharma (of Life Of Pi fame) and debutant Mehreen Pirzada. From the trailer, it seems that two tracks, based in two different eras, run parallel with Anushka being common in both these tracks. The film also deals with the controversial ritual of manglik’s being compelled to marry a tree before their actual marriage. Songs are lovely especially Sahiba. The way Anushka as a ghost is visually presented is damn good and makers claim it’s a first for a film of this genre.

Phillauri unfortunately will appeal to a niche section of audience. However, it’s hatke and quite interesting from the promos and hence, it is expected to take an average-to-decent opening. With the last week’s releases (Aa Gaya Hero, Machine, Trapped) not really setting the cash registers ringing and the super-hit film Badrinath Ki Dulhania too having done its majority of business, Phillauri couldn’t have come at a better time. Co-incidentally, NH10 also released in March (2015) at a right time and the solo release and open weeks ahead ensured it turned out to be a commercial success. Whether the same happens for Phillauri remains to be seen!

WOULD YOU LIKE TO SEE PHILLAURI AND WHY? DO LET ME KNOW!