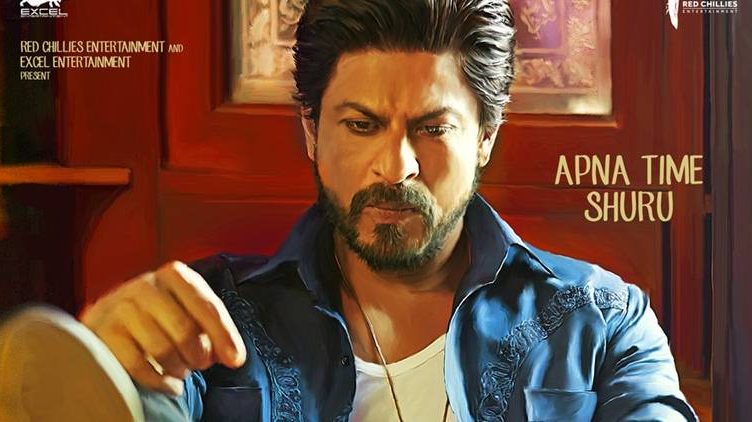 “Gujarat is a state where each day is a dry day,” is one of the first dialogues of Raees. Naturally, wherever there’s prohibition, there’s bound to be bootlegging. Gujarat is no exception and its common knowledge that despite the ban, one can easily procure alcohol in this ‘dry state’. Raees takes this idea and attempts to make a film about a man who earns big bucks by selling alcohol illegally in Gujarat. There’s no doubt that the premise is great and the film to an extent does entertain thoroughly. But the film sadly is quite routine and after a point, offers nothing new. More on it later!

The story of the movie: Raees (Shah Rukh Khan) sells alcohol illegally in Gujarat. He uses his brain well to ensure he never let the cops catch him or his men red-handed. Trouble arises when Inspector Jaideep Majmudar (Nawazuddin Siddiqui) is transferred to the city of Fatehpura, where Raees does his business.

Raees begins well – the childhood portions are quite interesting. In no time, Raees grows up and his entry scene is quite terrific! The manner in which he goes independent and sets up his own business makes for a great watch. The fun enhances as Majmudar enters the narrative. Raees-Majmudar’s fight and dialogue-baazi is quite fun too. Moreover, there’s also Aasiya (Mahira Khan) and her romance with Raees though not that great makes for a sweet watch. The pre-intermission scene is highly exciting. Post-intermission, the film changes gears since Raees changes gears in his life. And this is where the film slips. The film is still engaging but not as much as in the first half. The ‘wow’ factor goes missing. There are some clapworthy scenes in between, even in the pre-climax, which does enhance interest. The ending is justified but again, nothing too excited about it.

Shah Rukh Khan seems to be in great form in this film. He enjoys playing badass characters – whether it’s Don or Raees. He looks cool when he mouths those clapworthy dialogues, makes plans to ensure his business doesn’t suffer, romances with Aasiya and tries to defeat Majmudar. Mahira Khan (mentioned in the opening credits as Mahirah Khan) looks gorgeous and delivers a decent performance. Her character sadly doesn’t have much to do. Nawazuddin Siddiqui (mentioned in the opening credits as Nawazuddin Siddique) is terrific and is as good as Shah Rukh. His entry sequence brings the house down. It’s no easy task to get applause for dialogues in a film that stars SRK in a massy avatar after all! Mohd Zeeshan Ayyub (Sadiq) as always is great despite that he has played the hero’s sidekick before. Atul Kulkarni looks fine and delivers a restrained performance. Narendra Jha (Mussa Bhai) looks quite convincing and rocks the show in a few sequences. The actors playing the chief minister and the opposition leader do good.

Ram Sampath’s music is okay with not a single song that is memorable or will have a huge shelf life. Udi Udi Jaaye is the best followed by Laila. Zaalima is well shot but is forced in the narrative. K U Mohanan’s cinematography is gritty and gives the film a nice touch. Action is a bit over the top but works. Rahul Dholakia, Harit Mehta, Ashish Vashi and Niraj Shukla’s story is nice and well-researched. The characters are also quite good but the screenplay fails to do justice fully to them. Either the duration should have been shorter or something exciting should have been there in the film in the second half to make it exciting. We have seen several such gangster dramas in the past and Raees makers should have done something different. It does to an extent but it’s not enough. Rahul Dholakia’s direction is much better than his previous film Lamhaa but it’s nothing extraordinary as such especially in the second half. He keeps viewers neatly engaged in the first half but not so in the second hour. Still, a great job and here’s hoping he does better in his next films as he definitely has the potential!

On the whole, Raees boasts of great performances by Shah Rukh Khan and Nawazuddin Siddiqui. SRK is in great form while Nawazuddin too manages to impress thoroughly with his quirks and dialogues. The film has interesting masale-daar moments that make for a great watch. But the film could have been better especially in the second half when the film gets a bit routine and ordinary. The dialogues of the film are highly addictive and one is bound to repeat or at least think about it for few days to come at least!