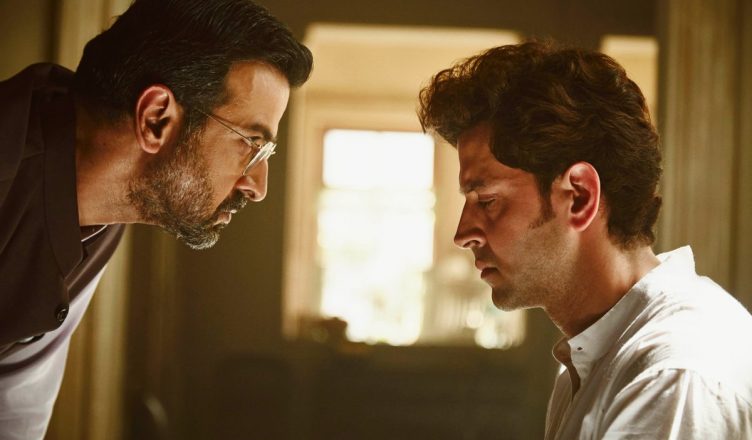 Seeking revenge is always a difficult task. The level of difficulty rises when your enemy is powerful and rich. And if you are blind, it is impossible. But Kaabil shows that nothing is impossible. Hell hath no fury like a blind man scorned is the mantra of this film. Obviously a film like this will work if it’s convincing enough. Thankfully Kaabil is, well not quite fully, but makes a definite impact!

The story of the movie: Rohan (Hrithik Roshan) meets Supriya (Yami Gautam) and its love at first ‘sight’ for both despite both being blind. They get married but soon tragedy strikes. Rohan tries to get justice but to no avail. This is when he decides to take charge, despite his handicap.

Kaabil has a lovely first scene which neatly describes Rohan’s life. Rohan’s first meeting with Supriya and how their romance blossom is sure to bring a smile on one’s face. At the same time the villains get introduced in the beginning itself. The sequence where the lives of Rohan and Sue turn upside down is shocking and also slightly disturbing. But it is required and nothing is done for the heck of it. The intermission point is applause worthy. Post interval the film gets better as Rohan goes on a rampage but all done with planning. The film ends with a solid punch and also with some touching moments.

On the flipside, the film has some unconvincing moments especially in the revenge portions. The item song is needlessly added. A crucial scene in second half is supposed to be clap worthy but one can’t help and wonder what’s so heroic about it. Also the use of flashback didn’t really make the desired impact in the finale.

Hrithik Roshan delivers a stupendous performance. He is completely into his character like always and the way he emotes and makes one feel for Rohan is quite commendable. The superstar is a living example of how it’s important to work really hard to achieve some amazing results! Yami Gautam too delivers a spellbinding performance. She dances well, complementing Hrithik beautifully. And there’s so much warmth in her smile! Yami has got a raw deal in Bollywood and its high time she gets more roles in big banner projects. Ronit Roy (Madhavrao Shelar) has a late entry but rocks the show with his looks, demeanor and dialogue delivery. Rohit Roy (Amit) plays the rowdy character very well. Sahidur Rahaman (Wasim) is decent. Narendra Jha (Inspector Chaubey) does very fine. His looks and baritone voice especially help a lot. Girish Kulkarni (Inspector Nalawade) reminds one of his role in Ugly but no complaints as such as he does very well. Suresh Menon is good. Others do fine.

Rajesh Roshan’s music is not that great but manages to work especially since the songs are well woven. The best undoubtedly is Mon Amour – beautifully shot and choreographed (Ahmed Khan). Sham Kaushal’s action is realistic and impactful. Sudeep Chatterjee and Ayananka Bose’s cinematography is highly captivating. Thanks to them, the film has got a rich, thrilling look. Salim-Sulaiman’s background score is subtle but has a haunted feel in some scenes. Vijay Kumar Mishra’s story is simple while the screenplay is engaging. Sanjay Masoomm’s dialogues are sharp and smart. Sanjay Gupta’s direction is neat and much better than his previous works like Jazbaa and Shootout At Wadala. The film has a great pace with not a single dull moment. There are a few loose ends but overall, it’s a great job and here’s hoping Sanjay Gupta maintains the form!

On the whole, Kaabil is a highly entertaining revenge saga with the right doses of action, emotions, romance and heroism. Hrithik Roshan is simply brilliant and his hard work and effort has certainly borne results this time and how! Yami Gautam too is a great surprise while Ronit Roy as always does great as the baddie. The film may open slow but has a huge chance of coming out as the leading film of the week!