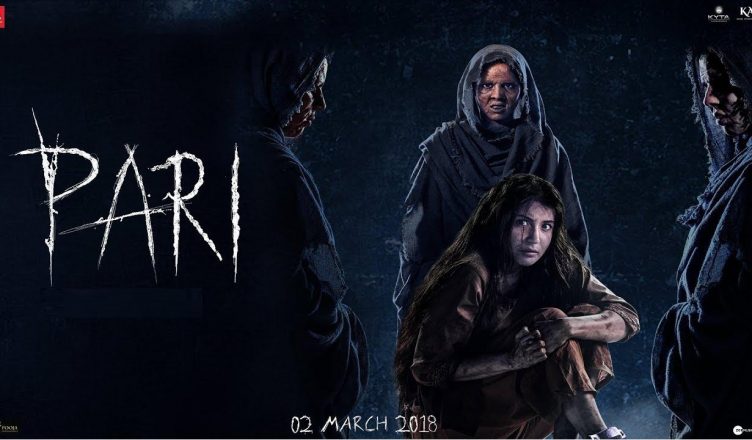 A genre with a lot of potential but highly underused has to be horror. Besides few of Vikram Bhatt and Ram Gopal Varma‘s flicks, most of the horror films have been major disappointments. Ek Thi Daayan did impress a lot but it faltered heavily with the second half. Pari is also in a similar space as Ek Thi Daayan but unlike the latter, Pari gets better in the second half. It’s surely a film that the horror film lovers would give thumbs up!

The story and best scenes won’t be listed in this review to provide a spoiler-free experience to the readers!

One expects horror element from the first scene itself but surprisingly, that doesn’t happen. It’s only after around ten minutes when fear unleashes all of a sudden. The plot turns intriguing as the action briefly shifts to Dhaka and the flashback is shown. It must also be added that though one looks forward to what will happen next, the execution could have been a bit more simpler. Also the horror bit could have been better. Just showing blood and gore doesn’t add to the scare factor all the time. The intermission point however is a shocker. The second half gets better as the director finally joins the dots. One also starts seeing the characters in a different light as one learns about their backstory. The finale puts you in a moral dilemma as after knowing the history of characters, one might not empathize with them fully. But the maker expects us to do so. Nevertheless, the maker wins and this is not a major complaint as such since this bit has some brilliant scenes. The film ends on a great note and the end credits are smartly presented.

Anushka Sharma delivers her best performance and one of the best performances of the year. In not a single scene can one say that she has acted in a similar way in a previous film. She goes into an altogether different zone like never before and comes out with flying colours. And hats off to her – no top league actress would have had the guts to opt for such a role. Anushka Sharma not only acted but also produced it and this is quite a feat! Parambrata Chatterjee who rocked the show in Kahaani gives yet another terrific performance. The way he brings out his shy and nervous side is lovely. Surely an actor who deserves to be seen more. Rajat Kapoor comes up with another power-packed performance. From the first scene itself, he intrigues viewers and he gets to do something drastically different from his rich body of work. Ritabhari Chakraborty is charming and gives the much needed human and sweet touch to the film. Her smile is infectious! Others do a fine job too.

Anupam Roy‘s music is fair. The situational track in the first half and the end credit song are fine. Ketan Sodha‘s background score adds to the chills. Jishnu Bhattacharjee‘s cinematography is classy without going overboard, like how many horror films do. Also the bylanes and the colonial buildings of Kolkata are well captured. Manas Mittal’s editing is also quite subtle and effective. Meenal Agarwal‘s production design is creepy but realistic. Veera Kapur Ee‘s costumes are straight out of life. VFX matches global standards.

Abhishek Banerjee and Prosit Roy‘s story is original and unpredictable at places. The screenplay is great on the whole but it’s weak in the first half as too much is happening and too many characters are introduced. Anvita Dutt’s dialogues are simple and sharp. Prosit Roy’s direction is excellent for a first timer. One of the reasons horror films of Bhatts worked is because they were quite massy and easy to understand. Pari might look like a multiplex film but it has elements that can work with the masses. At the same time, Prosit has balanced it off by not repeating the mistakes made previously in horror films. Moreover, the manner in which he has brilliantly used the props like nail cutter, freezer, biscuit, sketches etc is very praiseworthy.

On the whole, Pari is a well made horror flick that gives the much needed boost to this genre, which had not seen much of a growth in recent times. It has some massy elements and this can give the film a slight edge in markets where horror films work. However, it is scary and violent and definitely not for the faint hearted! Go for it and get spooked!