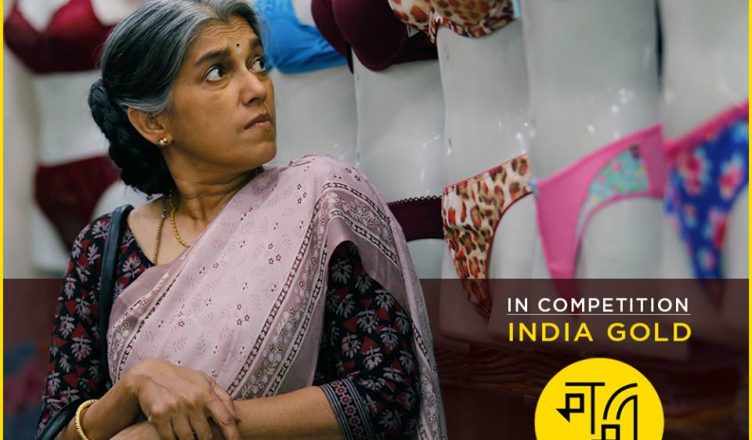 Gender equality is something that the whole world is rooting for. Yet, it’s not uncommon to see women being denied their basic rights and that too by their own family members most of the times. Lipstick Under My Burkha is a mirror to the society in that regard. It is mostly light-hearted but it picks up lot of issues and handles it deftly and sensitively.

The story of the movie: The film is set in the old, dilapidated Hawai Manzil in Bhopal. Usha Parmar aka Buajee (Ratna Pathak Shah) is a widow and the matriarch of the building. In her free time, she likes to read Mills & Boons-style Hindi novels. These stories awaken the need of a male companion in her. The film deals with her and three other women in the building – Shirin (Konkona Sen Sharma), Rehana (Plabita Borthakur) and Leela (Aahana Kumra). Shirin’s husband Rahim (Sushant Singh) lives in Saudi Arabia for most of the year. She secretly works as a saleswoman and is good at her job. Rehana is forced to wear a burkha but she hates it and wants to a live a free, rebellious life. Leela has a devil-may-care attitude. She loves Arshad (Vikrant Massey) but her mother arranges her marriage with someone else.

Lipstick Under My Burkha takes a while to hold the audience and establish the characters and the world in which it is set. But once it does, there’s no looking back. The four main characters are easy to identify even when they really make some bold decisions. It is amusing to see how these women secretly try to fulfill their wishes, especially Usha and Shirin. But at the same time, it is also heartbreaking to learn how much a woman has to hide and go through just to breathe in such settings. In terms of the story, this is a masterstroke. Also, the title signifies a lot. But on the flipside, the film drops at certain places. The track of Leela is a bit unjustified. Most of the men in the film are presented as villains and that becomes too much after a point. Also, the film tries to take too many issues at one go. The redevelopment track didn’t really serve much purpose. The climax is a bit unjustified but then the makers and writers had no choice.

Lipstick Under My Burkha is embellished with some fine performances. Ratna Pathak Shah is in terrific form yet again, after Kapoor & Sons and Nil Battey Sannata. This is unlike anything she has done in a long time and she excels beautifully. Konkona Sen Sharma is amazing as always. She was let down by her character in Akira but in Lipstick Under My Burkha, she has bagged a great part and does a fabulous job! Plabita Borthakur comes out with flying colours. This newbie impresses the most – she looks great, has a great screen presence, performs well and even sings beautifully. Aahana Kumra is another actress that steals the show. She plays the character with utmost conviction. Sushant Singh is fine. One can’t help but hate him in this film! Vikrant Massey gives yet another splendid performance. It is miles away from the sophisticated character that he played in A Death In The Gunj. This actor deserves to go places! Vaibbhav Tatwawdi (Jaspal) leaves a mark. Shashank Arora (Dhruv) is decent. Others do a fine job.

Zebunissa Bangash’s music is strictly okay. Mangesh Dhadke’s background score makes a better impact. Rohit Chaturvedi’s costumes are simple and authentic. Gazal Dhaliwal’s dialogues are very beautiful, especially the ones recited by Ratna. This lady is extremely talented and is sure to benefit with this film. Alankrita Srivastava’s story is nice and talks about something that most viewers will be able to identify with. Screenplay (Alankrita Srivastava, Suhani Kanwar) is also well written with equal footage given to all four tracks. Alankrita Srivastava’s direction is neat – the film seamlessly moves from one track to another. However, somewhere, all stories lack the punch. The hard-hitting factor is missing and is present only till a certain extent. But nevertheless, she manages to make a mark and her point comes across well!

On the whole, Lipstick Under My Burkha is a fine, bold attempt. The film’s theme and the problems that the characters go through will surely touch viewers’ hearts as it shows what happens in real even today in our country. The performances of all 4 actresses – Ratna Pathak Shah, Konkona Sen Sharma, Plabita Borthakur and Aahana Kumra – are excellent. The latter two will surely be loved as they are new faces, come with no baggage and impress thoroughly. I was fortunate to see an uncut version of this film and here’s hoping it releases with minimal or no Censor cuts!