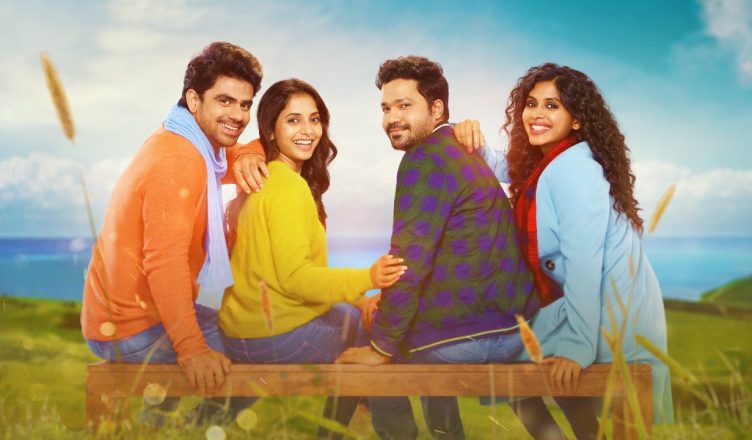 The noted actress from Marathi movies and TV serials, Mrunmayee Deshpande, has turned director. Her directorial debut Mann Fakiraa is all set to release on Valentine’s Day – February 14. Yesterday, the makers unveiled the first poster of this Marathi flick and it has been highly appreciated from its freshness and modern vibe!

Mann Fakiraa stars Suvrat Joshi, Sayli Sanjeev, Anjali Patil and Ankit Mohan. All four of them can be seen in the poster looking happy and appealing. The dynamics between them however is unclear and that’s something that will be revealed hopefully in the theatrical trailer.

Mrunmayee Deshpande, on this poster launch, says, “Maan Fakiraa is going to be a trendsetting film. It talks about the human relationship and depicts the openness of the young generation the way they look at it. The definition of the bond for the youngsters has changed and they have started looking at it in a broader perspective. They have more maturity in their relationship now and they check, at first, if spending the entire life with him/her was possible. They expect a companion and a friend in their spouse rather than just a namesake relationship.”

She adds, “I always wanted to be a director and it had been at the back of my mind for last ten years. Direction is not new for me. I had won a prize for best direction for a one act play directed by me when I was in third year of the degree course. I was waiting for an opportune time to shoulder the responsibility. The directorial stint needs a certain amount of maturity and adequate amount of experience learnt from the life. I think I have shouldering the responsibility at the right time.”

Mrunmayee Deshpande herself has also written the story of Mann Fakiraa. While speaking about the plot and her attempt to pen it, Mrunmayee said, “Human relationship is a subject that’s very close to my heart. I can read the people from their body language and their eyes. Human relationship is something which needs to be learnt by going into its depth. They become interesting if showcased with simplicity and finesse. I have tried to express the delicate relationship and it’s every little aspect through this story. Being my first film as a director, Mann Fakiraa is very special to me. I am sure that the Marathi audience, especially the modern young generation, will love it.”