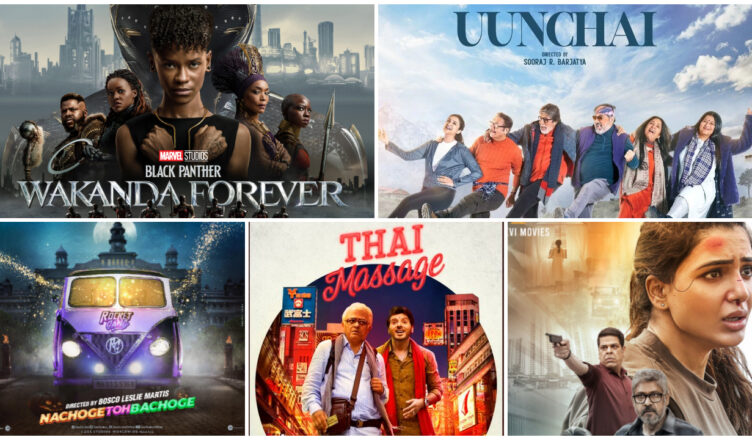 As expected, the three releases of last week – Phone Bhoot, Mili and Double XL – failed at the box office. Now, all eyes are on the next three weeks of November as it is expected that the collections will improve since some very promising films are up for release. Here’s an analysis of the films releasing tomorrow, that is, November 11.

BLACK PANTHER: WAKANDA FOREVER: It is a part of the Marvel Cinematic Universe, which has a huge following all over the world, including in India. There’s a curiosity to see the film as the one who played Black Panther till now, Chadwick Boseman, is no more and the film is going to play on this factor. This is the second Black Panther film; the first part was released in 2018 and opened at just Rs. 5.25 crores. Black Panther: Wakanda Forever, however, can open in the range of Rs. 10-14 crores. If the word of mouth is positive, it can grow over the weekend and then sustain on the weekdays. However, if India reaches the T20 World Cup final, the Sunday collections will be affected though it might also mean that on Saturday, the collections will be better as viewers will watch the film on the second day instead of the third.

A double digit opening will be good news for the industry since films nowadays are struggling to open well. For the Marvel brand, however, this can be a little worrying since the first-day collections are dropping with each film. Spider-Man: No Way Home opened at a huge Rs. 32.75 crores. The next film, Doctor Strange In The Multiverse Of Madness, also had a great opening at Rs. 28 crores. The last Marvel film, Thor: Love And Thunder, opened at Rs. 18.25 crores. And now Black Panther will open at less than Rs. 15 crores, as per the estimates. One might reason that Black Panther is not that popular among moviegoers and hence, it’ll take such an opening. But then, even Doctor Strange wasn’t that popular ever but it got the goodwill of Spider-Man’s super-success. Nevertheless, Black Panther: Wakanda Forever makers don’t have much to worry about, especially since the reports from the West are very positive.

UUNCHAI: It is directed by blockbuster director Sooraj Barjatya, who’s known for making films about families. This time, however, he has made a film which celebrates friendship. It stars Amitabh Bachchan, Parineeti Chopra, Anupam Kher, Boman Irani and Danny Denzongpa along with Neena Gupta and Sarika. The trailers and songs have generated minimal hype. The makers have gone for a very tight release, in less than 500 screens, and are hoping to increase prints once the demand rises. It’ll open in the range of Rs. 1-2 crores.

ROCKET GANG: It marks the directorial debut of choreographer Bosco Martis. It stars Aditya Seal and Nikita Dutta and is a unique horror-comedy-dance film. However, the hype is negligible and it’ll have a poor opening.

THAI MASSAGE: It stars Gajraj Rao and Divyenndu and is produced by Imtiaz Ali. Again, the awareness is low and it seems that the makers have shown too much in the trailers. Just like Rocket Gang, Thai Massage will also have an opening of less than Rs. 30 lakhs.

YASHODA: It stars Samantha and is originally a Tamil film. The dubbed Hindi version will get a limited release. Many are not even aware of this film. But the trailer is promising and if the word of mouth is positive, it can surprise like many South films have this year.