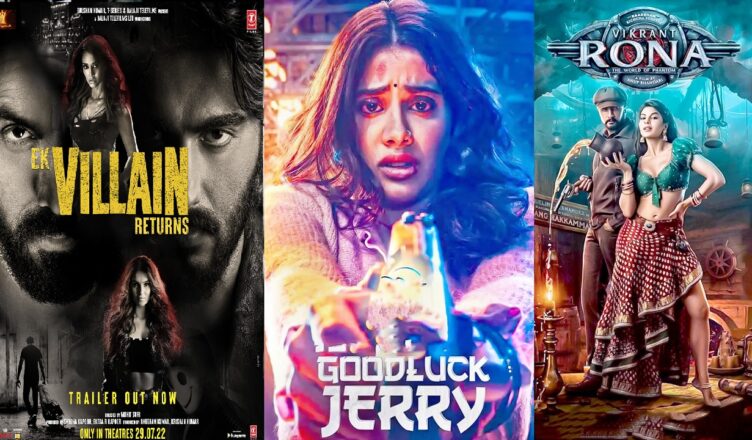 Ek Villain which had released in 2014 emerged as a sleeper super hit. The mid-sized film, starring Sidharth Malhotra, Shraddha Kapoor and Riteish Deshmukh, seemed exciting. But thanks to the super-hit soundtrack and thrilling trailer, it opened at a huge Rs. 16.43 crores, shocking everyone. It ended up collecting Rs. 97.51 crores in its lifetime and was declared a super-hit.

As a result, expectations are huge from Ek Villain Returns, which releases tomorrow. It stars John Abraham, Arjun Kapoor, Disha Patani and Tara Sutaria. Just like the first part, the sequel is directed by Mohit Suri. The film’s trailer has caught the attention and it seems like there is a healthy dose of intimacy, thrills and action in the film. Also, it seems like a proper suspense flick.

Ek Villain Returns however has its share of challenges. The music hasn’t worked well. The casting is a bit weak. Both the male actors are not that huge crowd pullers. Nevertheless, Ek Villain Returns has an advantage as it has tremendous youth appeal. Pre-pandemic, it was common for college students and youngsters to throng cinemas in groups for youthful films. After the pandemic, there hasn’t been any such film. Ek Villain Returns, however, can prove to be an exception.

The day 1 figure should be more than Rs. 4 crores. Looking at the buzz, it can also go to Rs. 8 crores. However, in today’s times, when the scenario is very unpredictable, it is always better to have fewer expectations.

The other major release is Vikrant Rona. It is a Kannada movie which is getting a wide release in Hindi. It stars Kichcha Sudeepa in the lead. Jacqueline Fernandez also features in the film and her song has got noticed. It has been released today, that is, July 28. The Kannada version has opened with a bang since Kichcha Sudeepa is a star in that region. However, the Hindi version is poor. The word of mouth is negative and hence, its box office prospects look bleak.

Finally, Good Luck Jerry would be out on Friday, July 29, but on Disney+ Hotstar directly. It stars Janhvi Kapoor in the lead along with Deepak Dobriyal and Mita Vashisht. It is produced by Aanand L Rai and directed by newcomer, Siddharth Sen. The trailer is very entertaining and since Hotstar has a huge base, it’ll definitely get a huge viewership.