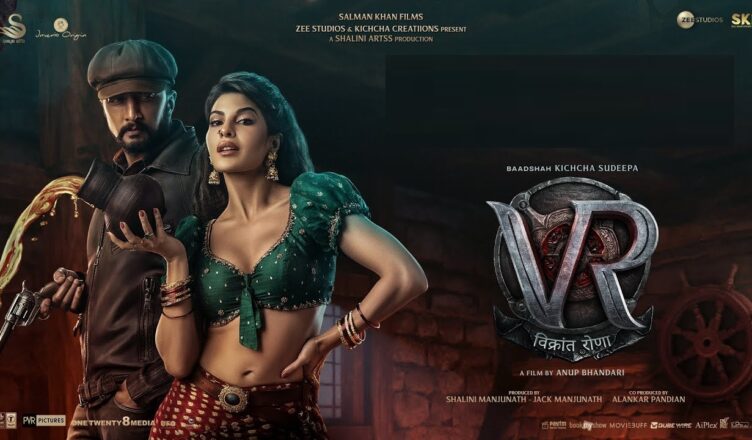 Vikrant Rona (Hindi) is mounted on a huge scale and the VFX is first-rate. However, there’s little substance and it is quite confusing. Its execution is very poor and on top of that, the film is very lengthy. A few massy action scenes are added just for the heck of it, as per the trend today. There are some unpredictable twists in the end but it doesn’t impress. Kichcha Sudeepa, however, is in a good form and tries his best to uplift the film through his mass appeal. Jacqueline Fernandez (Rakkamma) looks sizzling but is hardly there in the film. Also, to see a bar owner doubling up as a bar dancer is difficult to digest. Neetha Ashok (Aparna aka Panna) has a fine screen presence and does well. Nirup Bhandari (Sanju) is decent. Samhitha (Vikrant’s daughter Guddi) is cute. Karthik Rao (Fakru) and Vajradheer Jain (Lawrence Pinto) fail to raise laughs. Priya V (Sanju’s mother), Vishwa (Constable Tawde) and Ranjan Shetty (Constable Prajapati) are fine. All in all, Vikrant Rona should be avoided at all costs.