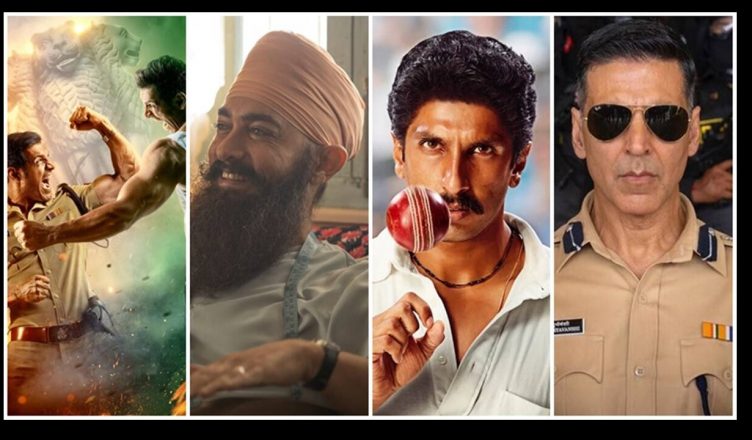 IT’S GOING TO BE RAINING MOVIES IN CINEMAS FROM DIWALI!

Two weeks back, we had reported in our Bollywood Talk that cinemas in Maharashtra are finally going to open soon. The state contributes 30% of the domestic business. While cinemas opened in every major state in July or August, the Maharashtra government preferred to keep theatres shut over the fears of the third wave of Covid-19. Hence, only three major Hindi films managed to release in cinemas in this season – Bellbottom, Chehre and Thalaivii.

On Saturday, September 25, the government of Maharashtra finally announced that it’ll throw open cinemas from October 22. It was quite late but the mood in the industry was jubilant. Many felt that one should look at it positively since the government for the longest time was not in favour of opening cinemas before Diwali. Hence, if it has agreed to reopen theatres 2 weeks before the festival, it’s a feat. An hour after the government announcement, Rohit Shetty announced that he’ll release his much awaited film, Sooryavanshi, on Diwali. Incidentally, Rohit Shetty met Maharashtra chief minister Uddhav Thackeray regularly and played an important role in getting the approval of reopening cinemas.

The next day, Yash Raj Films unveiled the release date of some of its upcoming films. Soon, many other producers too jumped on the bandwagon. In no time, all important slots like Diwali 2021, Diwali 2022, Christmas 2021, Christmas 2022, Republic Day, Holi, Ramzan Eid, Independence Day, Valentine’s Day etc were booked. As expected, some clashes are also taking place.

While cinemas open from October 22 in Maharashtra, no major Hindi film is scheduled to release that day or on October 29. Sooryavanshi would be the first significant film. This would be followed by Bunty Aur Babli 2, starring Saif Ali Khan, Rani Mukerji, Siddhant Chaturvedi and Sharvari Wagh, on November 19 followed by John Abraham-starrer Satyameva Jayate 2. December 3 would see the release of the launch vehicle of Suniel Shetty’s son Ahan, Tadap. On December 10, Ayushmann Khurrana-Vaani Kapoor starrer Chandigarh Kare Aashiqui will make its way to the cinemas. There’ll be no Hindi release on December 17 but it’ll be significant as it’ll see the clash between Allu Arjun’s much talked about Telugu film Pushpa and the most awaited Hollywood film in recent times, Spider-Man: No Way Home. On December 24, sports period film ’83 would release and on December 31, another cricket-based film, Jersey, starring Shahid Kapoor, would be out.

January 2022 might begin on a dramatic note as the first weekend sees the clash between Sanjay Leela Bhansali’s Alia Bhatt starrer Gangubai Kathiawadi and Baahubali S S Rajamouli’s director’s next, RRR. January 14 would see Prabhas presenting his love saga, Radhe Shyam. On January 21, Akshay Kumar would be back with the epic period drama, Prithviraj. On Republic Day, John Abraham would present Attack. February 4 might have no release as on February 11, Aamir Khan’s much awaited film, Laal Singh Chaddha, would be out.

And this is not all. The release dates of many films are still pending like Shah Rukh Khan-starrer Pathan, Salman Khan’s Tiger 3 etc. Even Karan Johar hasn’t announced the release plans of his films. Experts are expecting that SRK and Salman might try to grab the Diwali or Eid slot. This would mean that the films already scheduled on those days would move. Or they won’t and the Khans would end up clashing with them. The latter won’t be a favourable situation but then, it’s bound to become very common since so many films have held up releases for so long. As long as moviegoers come out in hordes to theatres and a significant number of films become hits, everything would be fine.