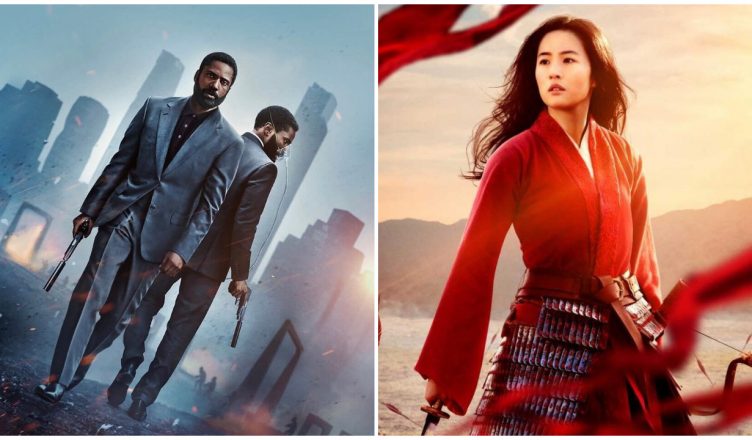 TENET AND MULAN END UP WITH POOR COLLECTIONS

Last week, we discussed that the collections of the much awaited Hollywood flick, Christopher Nolan’s Tenet, have been below expectations. But the hope was that collections would increase in the days to come. Sadly, that hasn’t happened. In the USA, it has managed to collect just $30 million. It’s a very low figure for a film of this scale and hype. The reason for this dismal number is many. Theatres are still shut in major centres like New York, Los Angeles, Miami, Seattle etc. The daily number of cases in the USA is still high and a section of moviegoing audiences have preferred to stay away from cinemas. And most importantly, the word of mouth is mixed. Many feel that it isn’t Nolan’s best work while a few others have remarked that dialogues in the film are not audible.

The worldwide collections of Tenet now stand at $207.5 million. The final number may go upto $250 million depending on what happens in the next few weeks. Considering the tense situation, it is still a good number. But the film needs to do around $350-400 million to break even. And Tenet sadly won’t be able to reach this mark.

The other major release of the season is Disney’s Mulan. It had a direct digital release through the pay-per-view model in the USA on September 4. In China, it was released on September 11. Much was expected as the film is set in China and the market there has been booming. Shockingly, its first week collections in the neighbouring country were around $23 million. Several factors were responsible. The film’s release date in China was unveiled quite late and hence, Disney didn’t get the time to build a strong marketing campaign. The response was mostly negative among audiences there. Moreover, with the film being available on Disney+ platform a week before, pirated versions of the film surfaced online. All these reasons dented the theatrical collections in China. In other countries like Thailand, Singapore, Saudi Arabia, UAE etc, the collections are decent. But again, it’s budget is skyhigh and it won’t be able to recover the costs.

As for sales from digital subscription, it is estimated that it was viewed by 1.2 million households which would result in $33.5 million in sales. This is also not good news as Variety had estimated that Mulan would need to be rented by about 8.4 million subscribers (13.8%) in order to break-even.

The performance of both these films has saddened moviegoers and also studios. Wonder Woman 1984, also made by Warner Bros that produced Tenet, has been postponed from October 2 to December 25. Producers of most biggies would now prefer to wait for the Coronavirus cases to reduce, especially in countries like the USA, UK etc. Only then will cinemas open and audiences would flock. However, an important point shouldn’t be missed and that is – both the films didn’t enjoy a good word of mouth. If response was positive, it would have had double the collections or even more, considering how China can outperform. Local films in Spain, South Korea, China etc have worked big time and this shows movies can work even in pandemic if things fall in place.