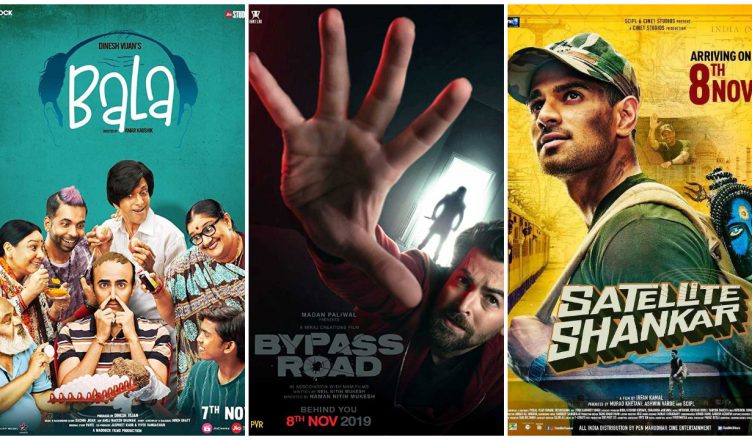 WILL BALA MANAGE TO BENEFIT FROM DREAM GIRL’S SUPER SUCCESS?

Tomorrow will see the release of the biggest and most exciting film of the month. There are three more Fridays in November but as of now, none of the films releasing on these days seem that exciting. Hence, all eyes are set on Bala, starring Ayushmann Khurrana in the lead role. Since two years, he has become a force to reckon with. In 2017, his film Bareilly Ki Barfi was an average grosser but Shubh Mangal Saavdhan was a hit. Last year, he surprised one and all with Andhadhun, which was not just a fantastic film but also a huge hit. Badhaai Ho was an even bigger hit, as it earned Rs. 136.46 crore! This year too, Ayushmann Khurrana kept surprising and entertaining audiences. His first release was Article 15, a very serious fare and yet, it emerged as a big success. Then came Dream Girl which was a masala comedy fare and hence different from the actor’s usual subtle entertainers. It broke Badhaai Ho’s record by earning Rs. 139.31 crore and is hence Ayushmann’s biggest grosser.

And now Ayushmann is back with his final release of the year, Bala. It features him in the role of a man struggling with premature balding. Yami Gautam and Bhumi Pednekar play the female leads. Stree director Amar Kaushik is at the helm of this flick that’s produced by Dinesh Vijan. The timing of the release is great as it’s coming at a time when viewers have already seen the big Diwali release Housefull 4. Hence, Bala will get a benefit. Moreover, Ayushmann Khurrana enjoys a lot of trust among the audience. Hence, he single-handedly can pull audiences to cinemas. The subject of the film is also very relatable.

Bala faces a few challenges. The trailer is good but not extraordinary. In fact, it’s Ayushmann’s presence that has made Bala such a hyped film to a great extent and not much the content. Songs haven’t worked. There was also a controversy going on when the makers of Ujda Chaman alleged that their film is also on the same lines and that Bala producers have copied their story. Ujda Chaman released last week and interestingly, its makers withdrew the case once the film was out. Hence, many feel it was a case of publicity stunt. Dinesh Vijan however has maintained that Bala is original.

Dream Girl opened at Rs. 9.43 crore and Bala would not be able to reach that level. The opening will be in the range of Rs. 7-8 crore. Bala also has paid previews today where it can earn around Rs. 1-1.25 crore.

There are two more releases tomorrow. One is Bypass Road, a thriller written and produced by Neil Nitin Mukesh. The actor also features in this film along with Adah Sharma, Shama Sikander and Gul Panag. It is directed by Neil’s brother Naman Nitin Mukesh. The trailer is decent and can make for a great experience if made well. The makers have promoted it extensively but the buzz is very limited. It’s opening will be around Rs. 50 lakhs, which is too low. If response is positive, it can grow.

Finally, there’s Satellite Shankar that marks the return of Sooraj Pancholi after his first film Hero, which had released way back in 2015. The film was shot last year in September and did face a bit of delay in getting the right release date. The trailer surprisingly is entertaining and it can turn out to be a dark horse if exceptionally handled. But as the awareness is negligible, the opening will be very bad, around Rs. 50-60 lakhs.