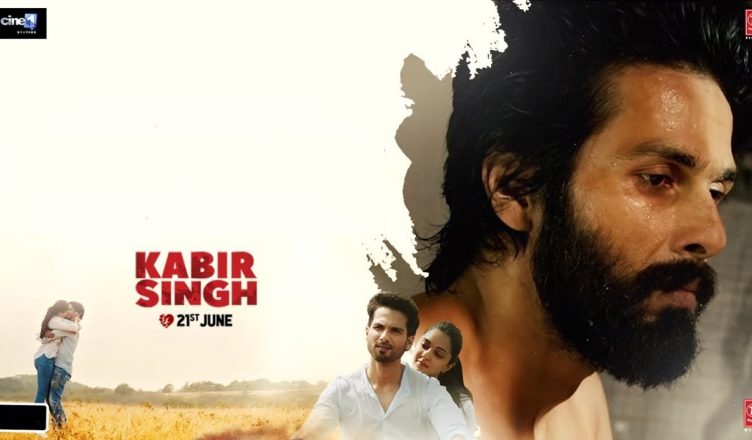 One of the most extraordinary actors in today’s times has to be Shahid Kapoor. Despite proving his worth with some fine performances, his box office track record is far from good. The initial years were promising. Though he gave many flops, he also compensated with hits like Ishq Vishk, 36 China Town, Vivah and Jab We Met. Post Jab We Met, he has worked in 17 films and barring Padmaavat (which worked chiefly due to Ranveer Singh, Deepika Padukone, music, grandeur, brand SLB and controversies), not a single flick of his has been a clean hit!

But looks like he is finally now going to have a successful solo hit film. And that will happens thanks to Kabir Singh, which releases tomorrow. It is the official remake of the 2017 successful Telugu film Arjun Reddy. This was a surprise hit and catapulted its lead actor Vijay Deverakonda into stardom. Arjun Reddy was an extremely well made film of a man who gets addicted to drugs and alcohol after his girlfriend leaves him to marry someone else. The premise reminds one of Devdas but the treatment and the characterization made Arjun Reddy stand out. Shahid plays the lead here and features Kiara Advani in a significant role. Other actors in the film include Arjan Bajwa, Nikita Dutta and Suresh Oberoi. It is directed by Sandeep Vanga, who also helmed Arjun Reddy.

Kabir Singh’s trailer seems quite impressive. The songs have worked quite well, especially Bekhayali. The craze for the film can be felt. Also, it releases at a great time when there’s no competition. Bharat has begun to now drop rapidly and Arjun Reddy will benefit as a result. The film has a few challenges though. It is an adults-only film due to violence, theme and sex. Hence, family audiences and kids will stay away from the film. Secondly, despite ‘A’ rating, the abuses have been muted by the Censor Board. So those who have heard the cuss words in the trailer and who would love to experience it in the film will be dejected and this can affect the overall impact. Also, it remains to be seen if Shahid looks convincing in this difficult role. Vijay Deverakonda suited the part to the T and was so convincing. Shahid has those boyish looks and he really has to pull it well. Or else, the film will fall like a pack of cards.

Kabir Singh is a front loaded film and looking at the advance reports, it seems like the film is set for a huge opening. Earlier, it seemed like it’s open at Rs. 8 crore but now, there are hopes it can open at around Rs. 10-12 crore. Shahid’s biggest solo opener is Shaandaar, which opened at Rs. 11.71 crore. Will Kabir Singh be able to cross this figure remains to be seen.

WOULD YOU LIKE TO SEE KABIR SINGH AND WHY? DO LET ME KNOW!