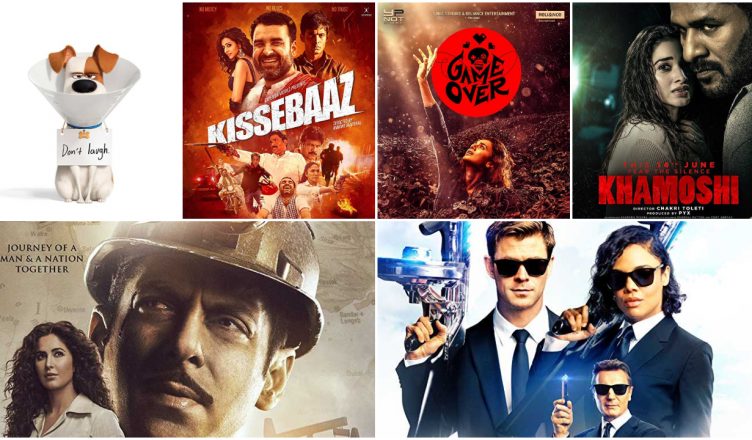 BHARAT IS GOOD BUT FALLS; HOLLYWOOD RELEASE MIGHT PROVIDE SOME RESPITE

The Salman Khan starrer Bharat released on Eid last week and embarked on a great start. The film was huge on Wednesday, the day it hit screens. There was a drop on Thursday and Friday but it wasn’t alarming. Saturday was quite good while on Sunday, it did fine despite the India vs Australia match. There were signs that the film hasn’t found universal appreciation but it isn’t bad as Salman’s last 2 Eid releases, Tubelight and Race 3. There were hopes that from Monday onwards, when all holiday effect will wear off, the film will hold but sadly it didn’t happen. Monday had a fall in collections and on Tuesday, there was another drop. The first week collections are expected to be in the range of Rs. 173-174 crore.

It has been noticed since last year that family films usually drop in the weekdays but then pick up drastically in the weekends. Trade expects Bharat’s collections to be quite huge on second Saturday. The collections on second Sunday ideally should have been great but it won’t happen. After all, it’s the day when the crucial India vs Pakistan match will take place. It’s like the most important match of the year and footfalls of all films will hence be affected, including that of Bharat. Hence, the lifetime of the film will be around Rs. 225-230 crore. Certainly, a lot more was expected from this flick.

With Bharat underperforming, the new releases might get some little more screens than expected. A couple of Hollywood and Bollywood films will release tomorrow. The biggest of them all is Men In Black: International. It is a part of the popular Men In Black franchise and it has worked a bit in India. The fourth part has Chris Hemsworth and Tessa Thompson in leading roles and the former has become a bit of a known face thanks to his portrayal of Thor in the Marvel Cinematic Universe. The Hindi version has been voiced by Gully Boy actor Siddhant Chaturvedi along with Sanya Malhotra. The film has been extensively promoted and it remains to be seen if it can really attract audiences. The opening can be anywhere between Rs. 3 to 5 crore. There will be competition between Men In Black: International and Bharat as to which film will collect more tomorrow.

The other releases of the film – Hollywood as well as Bollywood – are as follows:

1. THE SECRET LIFE OF PETS 2: It is the sequel of The Secret Life Of Pets which was a huge hit in Hollywood but not much in India. Also, this sequel released last week in the US and has got mixed reviews. The opening will be around Rs. 1 crore or even lesser.

2. GAME OVER: This is a Tamil and Telugu thriller and it’s also releasing in Hindi in dubbed version. It stars Taapsee Pannu in the lead role and looks quite interesting and well-made. The buzz sadly is quite less. The Hindi version would open at around Rs. 60-70 lakhs and if response is positive, the collections can even double on Saturday. Also, the weekday collections can be more than Friday but for that, the film has to be really worth it.

3. KHAMOSHI: This is a remake of the 2016 American film Hush and looks quite intriguing. It is simultaneously shot in Hindi with Tamannaah Bhatia (and Prabhudheva) and in Tamil with Nayanthara. The Tamil version is called Kolaiyuthir Kaalam. Talking of the Hindi version, the buzz and awareness both are negligible. The opening can be very bad and will be around Rs. 40-50 lakhs.

4. KISSEBAAZ: This looks like a rooted crime drama and stars Pankaj Tripathi, Anupriya Goenka, Rahul Bagga and Mouli Ganguly, Zakir Hussain and Rajesh Sharma. Sadly, the trailer focuses more on the character actors like Pankaj Tripathi, Zakir Hussain and Rajesh Sharma and they aren’t big enough to pull audiences to cinemas. There’s an item song as well, called Babli, featuring Evelyn Sharma, but it hasn’t generated excitement. The opening will be in the same range as Khamoshi, maybe even less, and it’ll only work in the single screens.

The final Hindi film of the week is Rescue but it seems pathetic and has no chance at all.