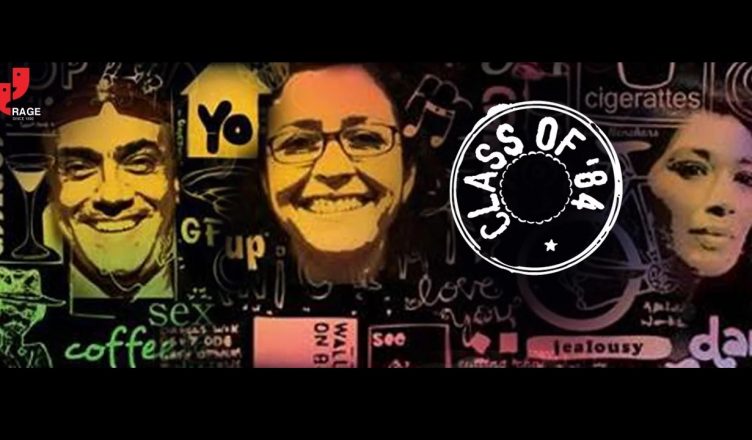 Class Of ’84 is a classic English play, by Rage Production, and directed by Rahul da Cunha. Its first performance was staged 16 years back and has since had more than 300 shows in different cities. I was compelled to see the show yesterday after they put a misleading ad in the newspapers that it’s going to be the last ever performance! But after talking to the actors, I realized that’s not the case. Nevertheless, I am glad I saw this play finally. I have been seeing its ads in papers since I was a kid! I was intrigued by the title, logo and the choice of actors. Class Of ’84, as the name suggests, is about a reunion of college friends, who passed from St Xavier’s College in the year 1984. However, they have met because one of their batch mates has died. The first performance happened in the year 2003 and the story is set in the same year. So there’s no mention of social networking websites, smartphones etc (strangely, ‘Chalao Na Naino Se Baan Re’ song is mentioned at one point). There’s lot of humour in the narrative and it keeps the interest going. There’s also a mystery factor since the friends are trying to know how their friend died…and of course they have been hiding some dark secrets of their own too. But what you really take from the play is the fact that it makes an important comment on friendship. Once college ends, we tend to keep in touch with our pals and even call them best friends. But how much do we really know about what’s happening in their lives? Talking of performances, Rajit Kapur leaves the maximum impact as the Punjabi TV actor. Sohrab Ardeshir comes next and his character is very likeable. Shernaz Patel initially seems a bit irritating but later, one warms up to her part. Joy Sengupta gets his act of a hot-tempered guy just right. Zafar Karachiwala makes a late entry but is too good. Devika Shahani, Dipika Roy and Vikrant Chaturvedi are also quite efficient. All in all, Class Of ’84 is entertaining and touching and do watch it, if you get a chance!