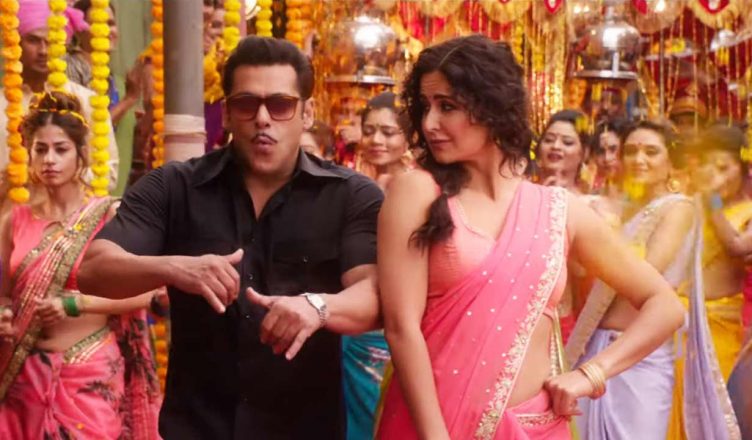 WILL BHARAT EMERGE AS THE BIGGEST BOLLYWOOD GROSSER OF 2019?

The semi-dry period is about to end. Arguably the biggest film of the year, Bharat, is all set to release tomorrow and the excitement can easily be felt. It stars superstar Salman Khan and it releases on Eid, which has now become a tradition. But the last two Eid’s weren’t that satisfactory for his fans. 2017 Eid saw the release of Tubelight which was devoid of masala and heroism, associated with Salman Khan. On 2018 Eid, Race 3 released and it had these missing ingredients in abundance. But still, the fans were somewhat dejected as direction and content were poor.

But this year, it seems like the fans are in for a treat. After all, Bharat looks like a fabulous entertainer. It’s a story that begins in 1947 and ends in 2010 with Salman playing the role of a 20-year-old guy and also a septuagenarian. The various looks of the actor have been very much appreciated. Also, Bharat is bit of an unusual Salman Khan entertainer since there’s no hero-villain angle as such. But it’s helmed by director Ali Abbas Zafar, who has previously directed Salman in blockbusters like Sultan and Tiger Zinda Hai. He knows the pulse of the audience and from the trailers and songs, it seems like the film will be a typical entertainer despite not-so-typical setting and premise.

Besides Salman Khan, Bharat also stars Katrina Kaif, Disha Patani, Sunil Grover, Jackie Shroff, Tabu, Nora Fatehi, Sonali Kulkarni along with Varun Dhawan in a special appearance. Katrina’s role was to be essayed initially by Priyanka Chopra but she stepped out of the film at the eleventh hour as she wanted to get married to Nick Jonas. Her sudden exit infuriated Salman it seems and it was evident when he would bring Priyanka and taunt her in interviews and events. However, Salman later clarified that all is well and he only wishes the best for Priyanka.

The songs of Bharat haven’t been huge hits but Slow Motion has become a chartbuster. All in all, the buzz is there but is not tremendous. The opening is expected to be huge. Also, it’s Eid tomorrow and hence, a Rs. 40 crore opening won’t be ruled out. Sadly, a crucial ICC World Cup cricket match is also scheduled for tomorrow (India vs South Africa) and hence, collections will be hit from afternoon onwards. The same will happen on Sunday when India will play against England. But if the film gets positive response, it will manage to earn considerably in the long run.

The aim for Bharat is to cross the Rs. 300 crore mark and emerge as the biggest Hindi grosser of the year. Although 6 more months are left, the other Bollywood biggies of the year like Housefull 4, Dabangg 3, Hrithik Roshan-Tiger Shroff untitled flick are not expected to gross so much. Hence, here’s hoping Bharat brings cheer for everyone!

WOULD YOU LIKE TO SEE BHARAT AND WHY? DO LET ME KNOW!